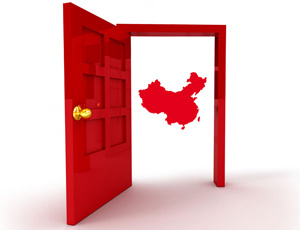 A few weeks ago, I had a meeting with the APAC head of a major Fortune 500 company at his office in Shanghai.

He told me that he had arrived in China around six months ago and was sent from headquarters to run their Asia business with a particular focus on China.

He said he thought he would come to China to “teach”.

But he concluded his story by saying, “I thought I would come to China to teach, but instead I found out that I am here to learn. Or, at least to both teach and learn.”

This kind of reflections is becoming more and more prevalent among expat executives in foreign multinational companies (MNCs) in China.

MNC executives who came to China during this time appropriately felt the knowledge and experiential advantage. For those who were compelled, they felt they could teach the Chinese.

As China grew, things evolved rather quickly. Some of them have grown extremely fast creating what we call “exponential organizations” and in the process their executives also picked up a great deal of knowledge and experience on how to better manage businesses.

Today, innovation and entrepreneurship continue to pick up steam in China. Entrepreneurs are getting younger.

Many Chinese business executives are looking for inspirations from the cutting-edge development in technology, strategy, business models, organizations, and processes.

Across many sectors, Chinese companies are becoming strong competitors to western multinational corporations in China.

While there are still plenty of copycat companies around, the front end of the curve is driven more and more by innovative companies.

“The Chinese Way” is no longer a universally negative notion but increasingly being appreciated as ingenious and value-adding.

The transition from “I come to teach” to “I come to both teach and learn” took place over a relatively short period of time.

The role of China in global business has evolved significantly during this period and one would expect more to come, perhaps with even higher speed and stronger intensity.