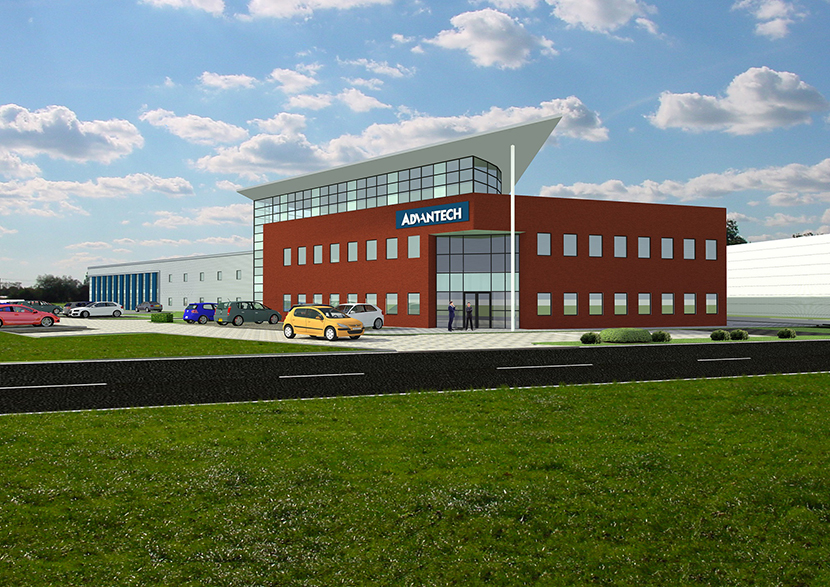 Advantech, a provider of industrial and embedded computing solutions, has expanded its European Service Center in Eindhoven, the Netherlands.

The compnay says that “continuous growth in the European market” has led Advantech to enlarge both the production, logistic and office facilities, which are set to open in January 2018.

Next to housing nearly 150 employees, the high-tech building will also serve as a demonstration site, displaying the latest of Advantech’s service IoT and Industry 4.0 applications.

The announcement follows the opening of Advantech’s new Sweden office, its 12th in Europe, with number 13 to open in Barcelona soon.

Advantech says all of its modern field offices support the firm’s ambitious growth plans over the years, targeting an annual €350 million revenue in year 2025.

Advantech Europe currently accounts for nearly 15 per cent of its global business.

The expansion of the Advantech European Service Center will see its warehouse and office space double in size, while its assembly services will nearly triple in production capacity.

As the European HQ, Advantech Eindhoven also houses most of its staff and back office personnel for the European organization.

The building will be fitted with the latest Advantech smart technology innovations: from high-tech building automation such as temperature and light control in meeting rooms and reception, energy monitoring and control of facility to an intelligent iSurveillance and an iLunch catering service for its employees and guests.

On the operational side, process and machine automation and intelligent enhancements to Advantech’s manufacturing execution system (iCTOS MES) streamline operations on the factory flow, says the company, from kitting to pre-configuration, assembly, integration and quality control.

Advantech says its customers will be able to observe for themselves how real-time monitoring of key performance indicators from the Advantech situation room can “help speed up improvement cycles and support more flexible production to meet evolving needs”.

Jeff Shih, VP of Advantech global services located in AESC, says: “As the world moves through a Fourth industrial Revolution, each traditional vertical sectors begin to leverage IoT technologies and things will be connected.

“Through big data and artificial intelligence, the world will be more intelligent and smarter. Advantech wants to be the enabler that stimulate this transition into a new AIOT era.

“This ambitious expansion of Eindhoven Service Center will help support our growth target of €350 million revenue in year 2025.

“Most importantly, the new intelligent building system and intelligent factory system we’re creating here will provide a compelling real-world demonstration to customers of the value of our extensive range of smart technologies.”

The official opening for the Advantech Europe Service Centre is set for January 24, 2018.