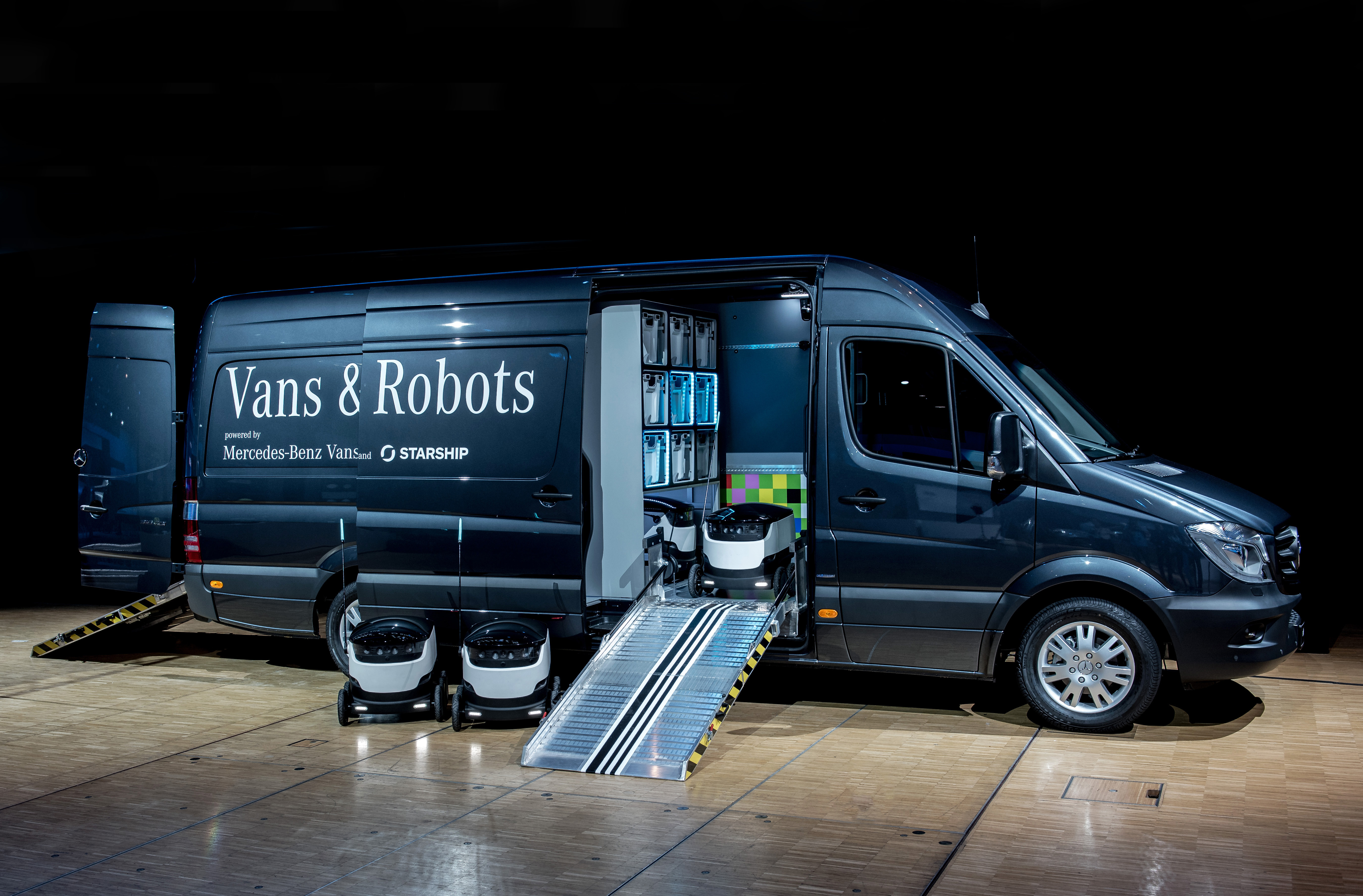 Starship is probably the most well known among these companies, having already made deliveries in other parts of the US, and having developed a partnership with Daimler, the parent company of Mercedes.

Daimler is developing a last-mile logistics system which features autonomous trucks – or “Robovans” – and small vehicles such as the ones supplied by Starship.

In fact, Starship claims its door-to-door delivery robot has been tested in “100 cities” worldwide.

No significant problems with the tests have been reported so far, probably because the robots move so slowly they’d have difficulty keeping up with the average octogenarian human carrying several times his own body weight in shopping bags.

Moreover, at the moment, the robots are generally accompanied by an employee who is responsible for the equipment, so the vehicle is little more than a semi-autonomous trolley.

Nonetheless, San Francisco city authorities are worried that there’s just too many of them on the sidewalks.

San Francisco supervisor Norman Yee is quoted on Wired as suggesting that it might be acceptable if the plan was that the employee continues to accompany the robot.

“But that’s not the business model that they’re going after,” says Yee, who introduced the anti-robot legislation.

“The business model is, basically, get as many robots out there to do deliveries and somebody in some office will monitor all these robots. So at that point, you’re inviting potential collisions with people.”

Collision-avoidance systems are generally integrated into autonomous mobile robots, and generally work well with humans’ innate ability to steer an obstacle-free course for themselves.

However, obviously, robots have limited abilities and not all collisions can be avoided, especially if humans with even a tiny amount of “intelligence” deliberately orchestrate them for whatever excuse they want to use from the long list of excuses that such operatives might have been programmed with.