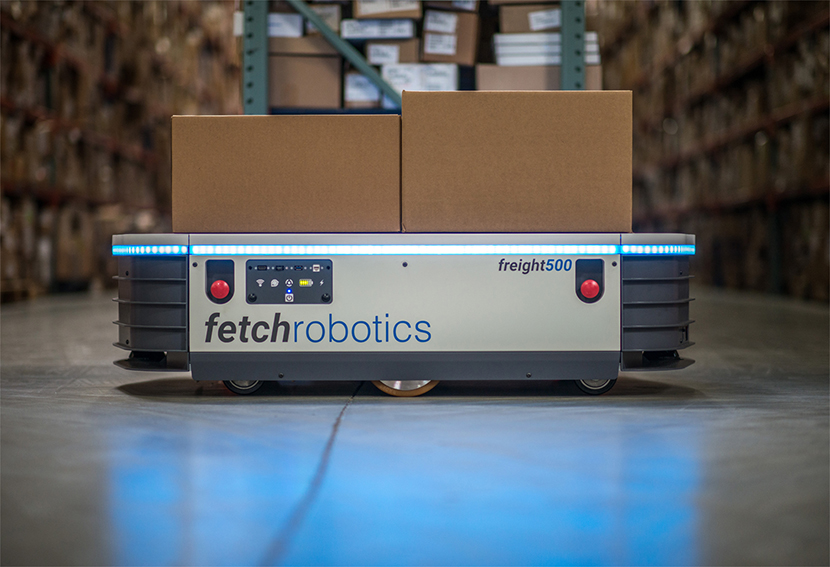 Fetch Robotics, a provider of a range of warehouse automation and logistics robot solutions, has raised $25 million in Series B funding.

The round was led by Sway Ventures with participation from existing investors O’Reilly AlphaTech Ventures, Shasta Ventures and SoftBank Group US.

The Series B round brings Fetch Robotics’ total funding to date to $48 million.

The new capital will be used to meet accelerating worldwide customer demand for Fetch Robotics’ unique approach to delivering intralogistic technologies and systems.

Melonee Wise, CEO of Fetch Robotics, says: “We are seeing first-hand that the growth in e-commerce and an expanding on-demand economy are contributing to unprecedented labor challenges faced by the $5 trillion global logistics industry.

“With labor in short supply, our customers are still able to quickly realize significant, measurable productivity increases by deploying our autonomous mobile robots.”

The FetchCore cloud software enables customers to deploy in hours, adapt in moments, and generate powerful insights from robot data.

The combination addresses the widest range of applications – finding and moving anything from parts to pallets in warehouses, factories and distribution centers – and delivers the fastest time to automation of any solution on the market.

John Santagate, research director – service robotics, IDC, says: “Warehouses today are far more dynamic than in the past – and they need to be in order to adapt to constantly changing parameters.

“The Fetch Robotics solution provides their customers with faster time to automation and the means to continually adapt to changing supply and demand.”

Advancements in robotics and self-guided vehicle technologies have enabled robots to enter the workplace as collaborators that can supplement and increase the productivity of human labor.

Unlike many systems that can take weeks or months to deploy software and infrastructure, train robots on their environment, and integrate them with dedicated IT systems, Fetch Robotics systems are up and running in a matter of hours.

At Fetch Robotics’ customer RK Logistics, the autonomous mobile robots were up and running in a matter of days and now handle 30 per cent to 50 per cent of items in their facility.

Fetch Robotics customers can also add or modify workflows with a few clicks and adapt in real time to changing conditions.

Fetch Robotics says its autonomous mobile robots require no software installation or changes of any kind to a facility.

After a single drive-through, the FetchCore software builds a map of the facility that all robots use for navigation, allowing them to travel quickly and efficiently anywhere they need to go.

Autonomous mobile robots use onboard intelligence to dynamically avoid obstacles and ensure safety, adapting as they go and sharing what they learn.

The company’s growth comes at a time when online shopping is growing fast worldwide.

In the United States, Cyber Monday sales were more than $6.5 billion, and online sales on Black Friday was more than $5 billion, according to Adobe Insights.

This high demand places pressures on the warehouses that are part of the fulfilment process.

These pressures combine with increasing difficulty in hiring and retaining a skilled workforce, which is the main concern in the supply chain, according to MHI’s 2017 Annual Report.

This creates opportunities for suppliers of robotics and automation technologies to warehouses and logistics companies.

Brian Nugent, founding general partner at Sway Ventures, says: “The warehouse and logistics automation market is estimated at over $40 billion today, and is poised to double over the next five years.

“Our investment in Fetch complements and extends our portfolio of exceptional leaders who are transforming the global supply chain.”

Nugent will be added to Fetch Robotics’ board of directors.