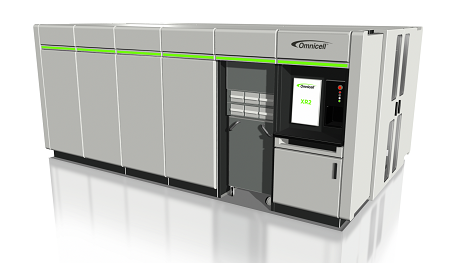 Omnicell, a provider of medication automation solutions, has launched the latest version of its pharmacy automation machine.

“Rather than focusing on medication inventory work in the pharmacy, our staff can get out on the floor to interact with nurses, physicians, and patients from the point of admission to discharge, which will help lead to improved patient outcomes.”

Omnicell says the XR2 is designed to meet the unique and evolving needs of pharmacy operations, and supports health systems with either centralized or decentralized models, with or without existing pharmacy automation.

The XR2 automated system is a key technological step toward the fully automated pharmacy, says Omnicell, adding that hospital systems deploying the XR2 system can benefit from the following operational efficiencies:

A number of hospital systems with both centralized and decentralized models already have signed commercial agreements to implement the XR2 system.

Omnicell will be showcasing its broad portfolio of solutions at the American Society of Health-System Pharmacists 52nd Annual Midyear Clinical Meeting and Exhibition in Orlando, December 4 through 7. The company will be at booth #1101.