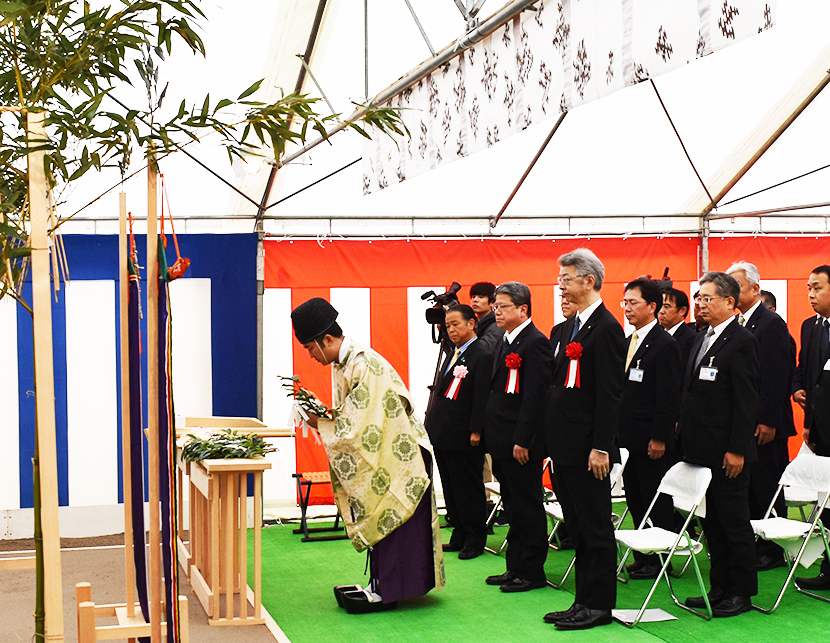 Strictly speaking, the new facility is an expansion of the company’s existing manufacturing plant expansion in Kirishima City, Kagoshima, Japan.

The company says it plans to double its production capacity for fine ceramic structural components.

The expansion, scheduled for completion in October 2018, will bring a new building with 29,232 square meters (about 314,650 square feet) of additional space.

The shift from hard-disk data storage to semiconductor memory and solid-state drives has increased demand for semiconductor processing equipment.

Additionally, the proliferation of high-definition display technology in TVs and smartphones has increased demand for the equipment used to manufacture flat-panel displays.

Kyocera’s new plant will produce components used in key manufacturing processes for these and other high-precision products.

The groundbreaking is the result of a construction agreement reached in October between Kyocera and the city of Kirishima.

Details of the new plant

Kyocera employs more than 70,000 people worldwide and has annual revenues of around $900 million.