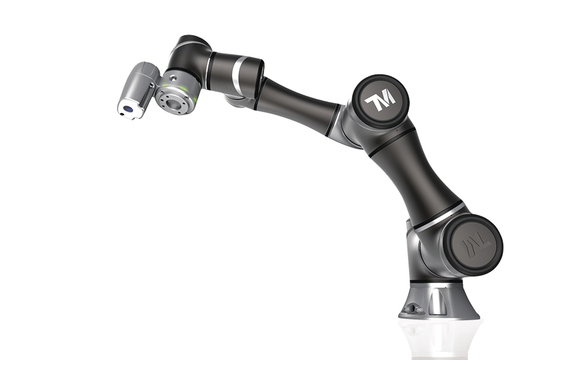 The Techman Robot company is inviting Japanese companies to apply to become distributors for its robotics and automation products.

The company will be displaying its technologies at the forthcoming International Robot Exhibition in Japan.

Techman is making no secret of the fact that it would like to find local distributors in Japan.

In that regard, the company admits it will be “publicly recruiting local distributors in Japan at the exhibition”, which starts the day after tomorrow, on the 29th of November.

Techman says its collaborative robot and “high-performance visual recognition system” is now being pitched at the Japanese market for businesses looking to automate their operations.

The company says Techman Robot products have now been adopted in Europe and Southeast Asia.

So, the Techman Robot will make Asia its bridgehead for global expansion and the automation of global industries.

The company claims the Techman Robot TM5 is “the first collaborative robot in the world to feature integrated visual recognition”.

The machine will be making another appearance at booth IR5-01 during the biennial IREX in Japan, which will feature the latest technologies from around the world.

The latest iteration of the TM5 combines smart visual recognition and force sensors to create an innovative solution, says the Techman company.

The Techman Robot TM5 solution comes with a mobile cart that can be repositioned as necessary instead of being tied to the production line.

A range of application solutions are available for rapid integration with existing production line equipment.

It also claims that the hand-eye-force co-ordination makes its robots ideal for high-precision screw turning in processes such as mobile phone assembly.

Real-time alerts on assembly problems, like screw slipping or stripping, can be sent.

Barcode scanning can be used to upload data such as the barcode content, screw fixing and inspection data to the cloud to help optimize customer quality control and pave the way for the introduction of the smart factory.

The new hand-eye-force product on display is an innovative solution based on Techman’s so-called “Force Sensor+Collaborative Robot” system.

A collaborative robot is like the human arm while the force sensor and gripper are like human fingers, says Techman by way of explaining itself.

The “eyes” of the robot are supplied by Techman’s proprietary smart vision system.

The TM5 is equipped with force sensors and grippers, which enables it to use Techman’s proprietary vision system for positioning.

DRAM memory and other complex components can then be successfully assembled using a level of force similar to human fingers.

Techman has also partnered with Nabell to show the use of TM5 for making protective clothing.