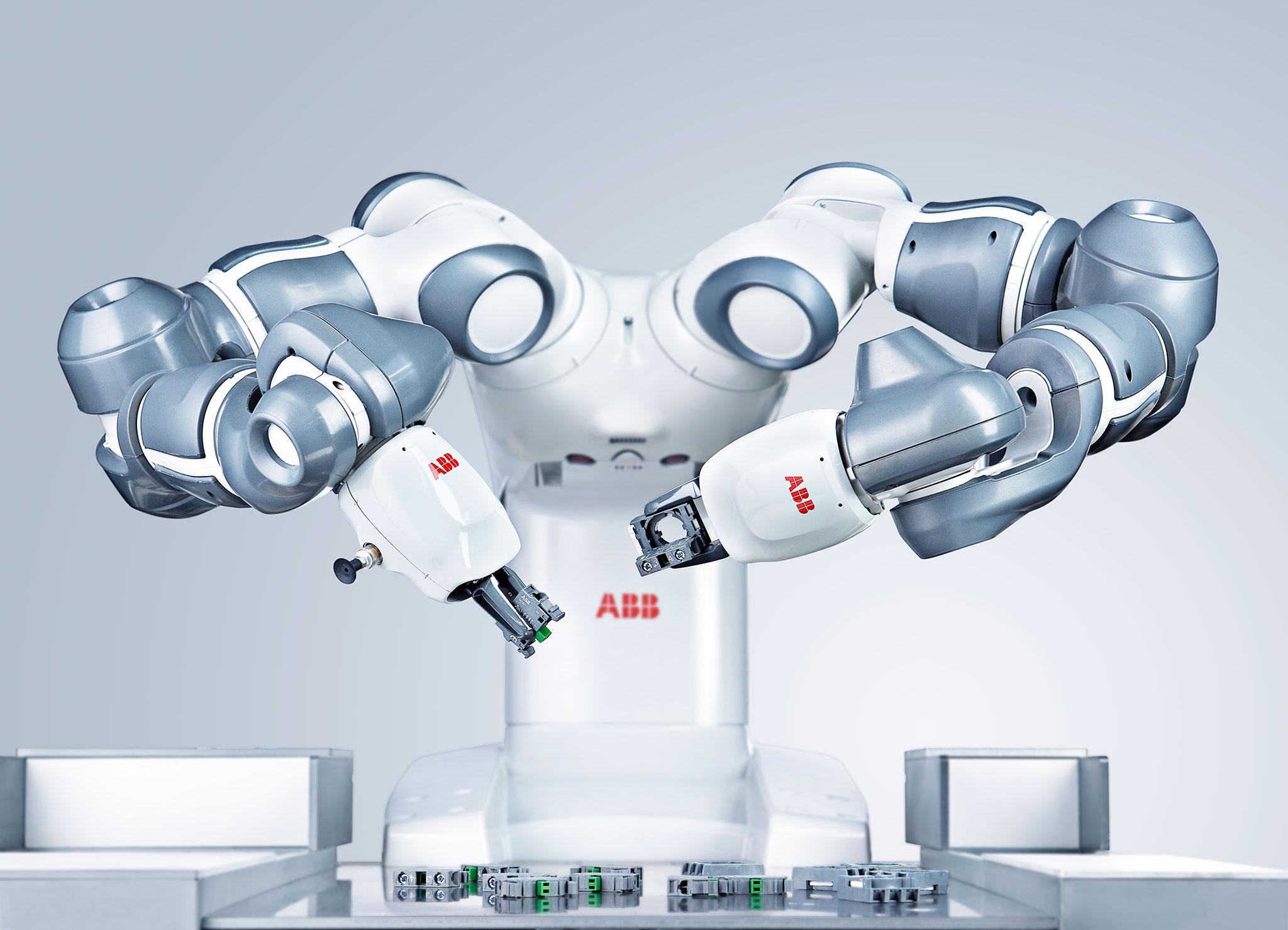 Two industrial titans – one from Europe and the other from Asia – have agreed a partnership relating to the development of collaborative robot automation.

The two companies – ABB and Kawasaki – are both industrial giants with wide-ranging business activities, and collaborative robots are actually a relatively small part of their respective operations.

However, it’s probably a sign of how important a technology collaborative robots represent that both are now combining their resources to build an automation ecosystem.

Moreover, it could lead collaboration in other areas, although this is just idle speculation on our part.

The two companies claim that this is the “world’s first” collaboration that focuses on cobots and creation of common industry approaches to safety, programming and communications.

ABB and Kawasaki Heavy Industries, both of which are global industrial automation and robot suppliers, say that they will join forces to “share knowledge and promote the benefits of collaborative robots, in particular those with dual arm designs”.

Under the new cooperation, both robot makers will continue independently manufacturing and marketing their own offerings while working together on joint technical and awareness opportunities.

This includes educating policy makers, non-governmental organisations and the general public about the benefits of collaborative automation, and creating common industry approaches to safety, programming and communications.

Collaboration between people and robots, machines and processes is increasingly important as production in many industries has shifted from larger lots with little variation to low volumes with a high mix.

The cooperation also represents collaboration across borders, with ABB as Europe’s largest robot supplier and Kawasaki one of Asia’s industrial giants.

Per Vegard Nerseth, managing director of ABB’s Robotics business, says: “The scale and pace of change in the robotics industry today is unimaginable.

“Beyond the technologies behind collaborative automation, there is also a need for innovative new ways of working together and creating common industry approaches to safety, programming and communications.”

“We see high potential in expanding collaborative applications and processes where people and technology work together to create solutions.

“I’m very pleased that ABB and Kawasaki are joining forces to lead the drive for more user-friendly, advanced collaborative automation.”

ABB says it is recognized as a pioneer in collaborative automation through its YuMi dual-arm robot (main picture), which the company claims to be “the world’s first truly collaborative robot”.

The YuMi robot makes it possible for people and robots to safely share common tasks such as assembling small electronics, says ABB.

Kawasaki is offering what is says is “a very unique and innovative” dual-arm SCARA robot called “duAro” (pictured above), which the company says was developed based on extensive application know-how and which “can safely collaborate with humans in the workplace”.

The first output from the ABB-Kawasaki cooperation will be a collaborative dual arm robot demonstration in booth IR3-56, IR5-22 and SR-82 at IREX, to be held in Tokyo, Japan from November 29 to December 2, 2017.