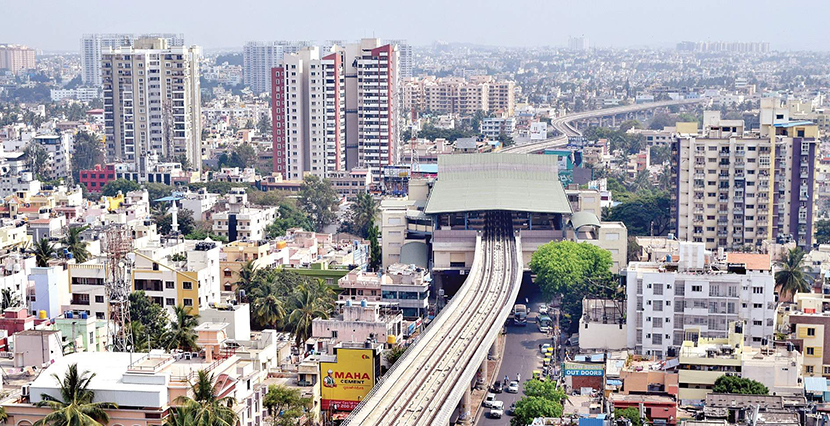 In a study of 45 cities, firms in Bangalore, San Francisco and Mumbai display the greatest degree of confidence in their city’s digital transformation environment

Business leaders in 45 cities around the world are “relatively confident” that they can find the support they need for their digital transformation efforts in the surrounding environment, according to a new study by the Economist Intelligence Unit.

Many city environments come up short, however, particularly in the supply of digital talent for firms and city governments’ sharing of public data.

In Connecting Commerce: Business Confidence in the Digital Environment, commissioned by Telstra, a telecommunications and technology company, business confidence in the local environment is particularly high in emerging market cities, which account for seven of the 10 highest readings in the Digital Cities Barometer (see graphs below), which forms part of the report.

The latter is derived from a survey of over 2,600 executives conducted across cities in Asia-Pacific, North America and EMEA.

Aside from talent and open data, other vital elements of the digital transformation environment include sources of financing, support structures such as accelerators and innovation labs, local development of new technologies, and ICT infrastructure.

Should these fail to meet companies’ needs, many will move elsewhere.

Nearly half (48 per cent) of surveyed firms – and 53 per cent in Asian cities – have considered relocating in the past three years to find a more conducive environment.

Digital ecosystems can thrive without the municipal government playing a proactive role, as suggested by the barometer readings in Indian cities.

Well-targeted initiatives in areas such as data-sharing, however, can provide a significant boost to companies’ own digital projects.

According to 54 per cent of respondents, however, their city government makes poor use of the data it collects. That figure is highest in Asia’s cities.

Charles Ross, the editor of the report, says: “How supportive a digital transformation environment is hinges on many different variables, and its growth cannot be mandated by government.

“But far-sighted municipal policies in areas such as education, open data, smart city development and support for entrepreneurship can lend considerable momentum to an ecosystem’s growth.”