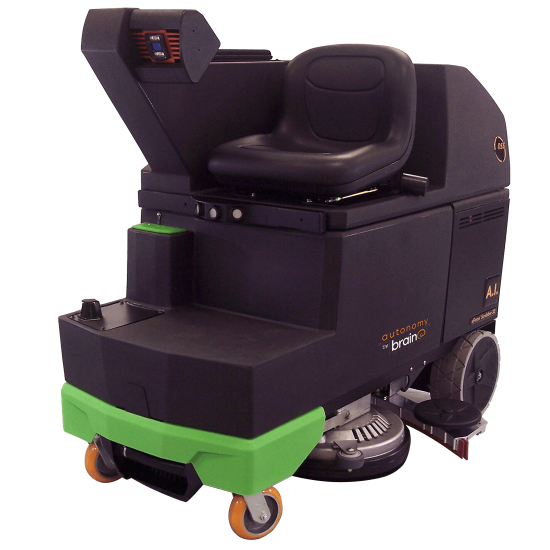 One of the world’s largest retail chains, Walmart, which has more than 4,600 stores in the US, is testing autonomous, robotic floor scrubbers in several of its stores, according to QZ.com.

The original, conventional vehicle – usually driven by a human – was built by International Cleaning Equipment, but it has been roboticised by Brain Corporation, which specialises in autonomous vehicles for floor care.

Some of Walmart’s stores are almost 200,000 sq ft, so the company has a lot of floor space to keep clean.

Quartz claims a Walmart spokesperson said the robot tests are part of a “very early proof of concept” stage.

Brain Corp describes itself as an artificial intelligence company specialising in the development of self-driving technology for robots.

The startup company recently closed a funding round in which it raised $114 million.

Dr Eugene Izhikevich, CEO of Brain, says: “At Brain, we believe tomorrow’s robots will be intelligent autonomous machines that take care of us.

“Such robots will be as commonplace as computers and mobile phones are today.

“This funding will allow us to accelerate our mission, and we look forward to collaborating with the SoftBank Vision Fund as a long-term strategic partner.”

“Brain’s team is at the forefront of creating the future and a more convenient way of life through technology. We are confident in their success and look forward to seeing them realize their vision.”

Qualcomm Ventures, the investment arm of Qualcomm Incorporated and Brain’s first institutional investor, also invested in the latest funding round. As part of its investment, Qualcomm Ventures will retain a seat on Brain’s board of directors.

Dr Paul Jacobs, who holds a PhD degree in robotics and serves as executive chairman of Qualcomm, says: “Brain applies its world-class AI to transform ordinary machines into smart robots.

“The first application of their technology is already improving performance and reducing costs, generating real benefits for their customers and real revenues for Brain.”

Brain Corp has developed what it describes as a “brain for robots”, an operating system called BrainOS, which contains computer vision, AI libraries and a variety of other tools for programming robots.

One of the company’s products is Emma, which stands for Enabling Mobile Machine Automation. This is an AI system specially designed for commercial floor-cleaning equipment.

The company says it is also developing consumer robots, using Qualcomm’s Snapdragon chips as the platform.

These robots will also use BrainOS, which the company says will lead to “the next generation of consumer robots that will be able to clean, sort, secure, maintain and automate our everyday lives”.