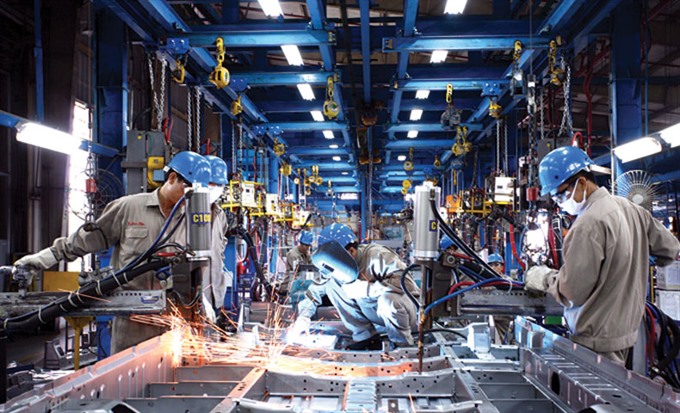 The “massive potential” of the internet of things will help Vietnam in its goal of becoming an industrial country by 2020, say industry organisations and leaders in the country.

Many of the industrial companies and leaders will be showcasing their solutions and discussing the future at an event and forum called the Asia IoT Business Platform.

The Asia IoT Business Platform will be returning to Vietnam for the 19th edition of its industrial internet of things conference in Ho Chi Minh City.

Supported by Saigon Hi-Tech Park, the conference will showcase the value and economic impact of IoT, including improving private and public sector enterprise productivity, harnessing ICT to alleviate problems in dense cities, and powering a smart city vision.

According to Irza Suprapto, director of Asia IoT Business Platform, Vietnam is one of the fastest-growing economies in the world and has been rapidly growing its IT sector to pursue the aim of becoming an industrial country by 2020.

Suprapto says: “The 2016 edition of Asia IoT Business Platform in Hanoi, Vietnam, last November, showcasing IoT initiatives from local companies including Vinamilk and Cau Dat Farm, was a testimony of the massive potential for IoT in Vietnam.”

While receiving massive attention now – with large tech companies like VNPT, FPT and CMC identifying IoT as the “leading trend” of tech – IoT is, in fact, not new to the Vietnamese tech scene.

Smart city projects started out as early as 2008, and since then have appeared in at least five more cities.

In 2013, the Ministry of Science and Technology set up Silicon Valley Startup Ecosystem to stimulate growth and encourage Vietnamese to venture into tech startups.

The government pledged to invest $112 million from the state budget in the ICT sector by 2020, incentivizing local and international firms to invest in the country.

Suprapto says: “The fragmentation of IoT in Vietnam, coupled with the lack of standardization present an opportunity for international IoT players to convene and interact with local enterprises to help them truly reap the benefits of IoT.

“There is no better time to develop the IoT solutions in Vietnam to foster socio-economic development and increase the country’s competitive advantage. This is what we will continue to strive for through all our industry events.”

The rapid technological developments in Vietnam have led to great demands for IoT technologies in the country. A recent survey conducted by Asia IoT Business Platform on local enterprises shows that more than 70 per cent of Asean enterprises and organizations are currently in the process of exploring or finding possible IoT solutions to be deployed or implemented.

However, only 7 per cent of them reports benefitting from any IoT implementation. These enterprises and organizations cite cost, legacy systems, and complexity as the top three concerns in adopting IoT.

Case studies and insights on the use of IoT will be shared by IoT thought leaders from both abroad and locally, such as logistics automation in e-commerce to increase transparency and improve customer services by Lazada Vietnam, application-centric approach to support manufacturing reliability by Insee Digital Company, Siam City Cement, and security for IoT by Infineon Technologies, among many others.