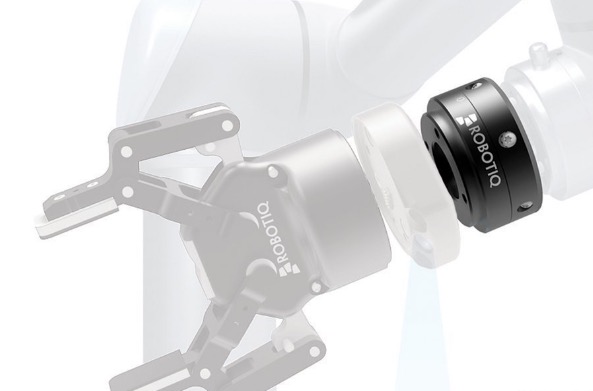 Robotiq has launched what it says is “10 times more sensitive” version of its FT 300 Force Torque Sensor.

The component comes with Plug + Play integration on all Universal Robots.

Jobin says: “We’ve integrated a step-by-step procedure that guides the user through the process, which takes less than 2 minutes.

“Moreover, pre-built programming functions are now embedded in the URCap for intuitive programming.”