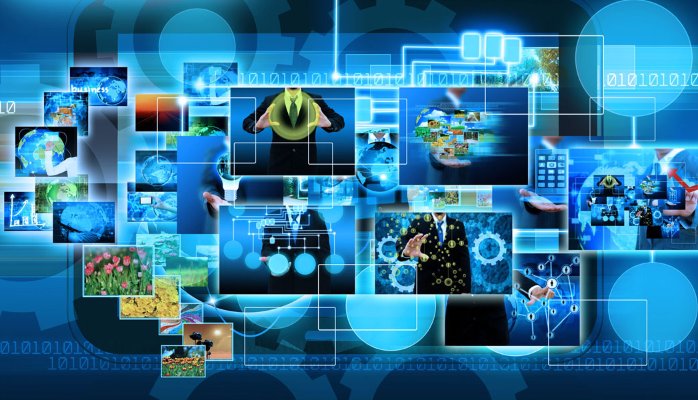 Digitalisation is, in essence, simple. It means exactly what the word implies – the digitalisation of everything.

But as simple as it sounds, digitalisation can be applied to any business in any sector, and that is what makes it difficult to provide a simple overview.

If we stick to one sector – manufacturing – that might make it more manageable.

But since manufacturing is already a hugely complex endeavour, the process of digitalisation – even in this one single sector – encompasses so many different disciplines that it’s difficult to think of it as being, essentially, simple.

But enough complaining about having to do some work for a change, let’s get on with the show.

In this article, we will try and bring together as many of the facets of digitalisation in manufacturing as we can, in order to provide as complete an overview of the entire digital manufacturing landscape as possible.

We’ll probably fail miserably, or heroically, depending on your point of view, but it’s definitely worth a try since digital manufacturing is, actually, very interesting.

Fake it ’til you make it

First, let’s list a few definitions of some of the jargon used in digital manufacturing.

But even before that, let’s deal with the difference between digitisation and digitalisation.

Basically, there isn’t any difference between the two.

The reason why digitalisation – with the al in the middle – became more commonly used is probably because when it was first discussed and debated, the people who talked about it mostly used that version rather than the shorter one, and it just caught on from there.

But if we want to be finicky, we could say that digitisation is the simple process of digitising something like, say, a component or part, perhaps on one isolated, unconnected computer, while digitalisation is the process of digitising entire operations and businesses – from individual components, through factories, to everything else, all of which are connected on a computer network of some sort.

However, it’s probably not necessary to distinguish between the two, since, as words, they both mean exactly the same thing.

It’s probably worth pointing out, though, that digitisation is probably more commonly used outside Germany, which seems to have taken a lead in articulating many of the trends people in the manufacturing sector talk about today – digitalisation and Industry 4.0, for example.

Industry 4.0 is sometimes used interchangeably with digitalisation, but strictly speaking, Industry 4.0 is a term that describes a historical phase – as in, the fourth industrial revolution, in which everything is being connected to the internet, which is something that hasn’t happened before, or wasn’t as widespread.

The logic is that the first industrial revolution was brought about by steam power; then, the second was about electrification; and the third was when computing technology was introduced, although it was mostly used in isolated work cells; the fourth – or Industry 4.0 – is the process of connecting machines to larger computer networks.

Industry 4.0 does not really refer to a specific technological process as such in the way digitalisation does – it refers to a time period in which certain things are happening.

A term like “Industry 4.0 standards” could be used to mean “up to date” with current industrial technologies, specifically connectivity.

Connectivity – as in, connecting industrial machines to sensors which are, in turn, connected to a computer network – is critical to digitalisation, and we’ll look at connectivity technologies later on, but let’s not overcomplicate things now. There’ll be plenty of time for confusion.

Now that we have some of the broader, contextual definitions in place, let’s see what’s left of digitalisation to explain.

There are many different facets of digitalisation, with terminologies and jargon referring to each one, and we’ve listed as many of them as we could find below, along with a brief explanation of each.

There are probably many other glossaries worth looking at if you want to learn more about the phrases used in manufacturing these days, including one published by the US government under the title Glossary of Advanced Manufacturing Terms.

However, we thought we’d pick out the ones that used the word “digital” since it’s the word that connects everything in the digitalised world, and is specific to this article.

If you do look at other glossaries, you will see that there are many other terms which may not use the word “digital” but which necessitate the digital aspect.

Perhaps you’ve heard of many or all of them, and know what they mean. But since we’re on a list-making binge today, we thought we’d mention some of them

While many readers of this website will be experts in these things, and perhaps this article hasn’t enlightened them any further, but there are some of us who are new to the area and appreciate simple explanations of basic technologies and concepts.

Also, there are other areas which relate to digital manufacturing which might not be obvious to those of us who aren’t engineers, or involved in manufacturing, and it’s probably worth pointing some of them out.

Delegating everything to the machines

The origins of the phrase “digitalisation” are lost in the mists of time, but most likely, it was first articulated in Germany, where the term Industry 4.0 comes from.

The process of digitalisation, or computerisation, was already ongoing globally, so it wasn’t that the process was entirely new, it’s just that no-one was so idle that they had time dream up names for these things.

Is there are a point to giving them names? Maybe. It certainly clarifies the concept and enables the discussion of what can be a complex topic to be understood by a wider variety of people, many of whom might be directly involved in manufacturing, which would probably result in a better understanding of the products and services required, and a shared sense of direction and goals.

Ultimately, digitalisation has enabled, and is continuing to enable, the manufacturing sector to become more efficient and productive.

Through digitalisation it is possible to micro-manage a business; it is also possible to see a global, high-level picture of an operation so you can make better-informed decisions on a macro scale.

Some companies have gone quite far down that route, but there are many more which are on the way.

Within this framework of digitalisation, there are many tools already available and many more being developed.

Already in existence are applications in the following categories:

And these are distinct from other software categories that are also already available, but which perhaps some manufacturing businesses may not have used as much in the past.

And given that the physical movement of an object in three-dimensional space in the real world generates a colossal amount of data, it follows that the amount of computer storage and processing power that the manufacturing sector will need will far exceed that of, say, the software development sector.

Even a massively-multiplayer online role-playing game played by millions of people over the course of, say, a year probably generates less data that one single, large, fully digital manufacturing company would in that same time period, especially if its customer or product usage data circles back to the research and development department, which might be using supercomputers or cloud clusters to simulate iterations of a large range of components and assemblies.

If digitalisation, or digital manufacturing, is to work, is to function properly, it probably will require faster, more reliable data networks as standard, which likely means some type of network monitoring software will be standard in most production processes, even if it’s one acquired by an individual manufacturer in the form of software-as-a-service, or a managed service.

Network management software generally sends alerts to let you know that something is amiss or needs your attention. You can choose to deal with it manually, or maybe set up some parameters within an automated process to which you can delegate some of your decision-making.

The next step is obvious: the machines take over the world.

And not just automated through a computer, but also managed in an optimal way through an AI digital manufacturing manager of sorts – perhaps using the parameter-based automation example outlined above in the network monitoring example.

The Star Trek microwave may be a long way into the future, but it will be an interesting journey getting there.