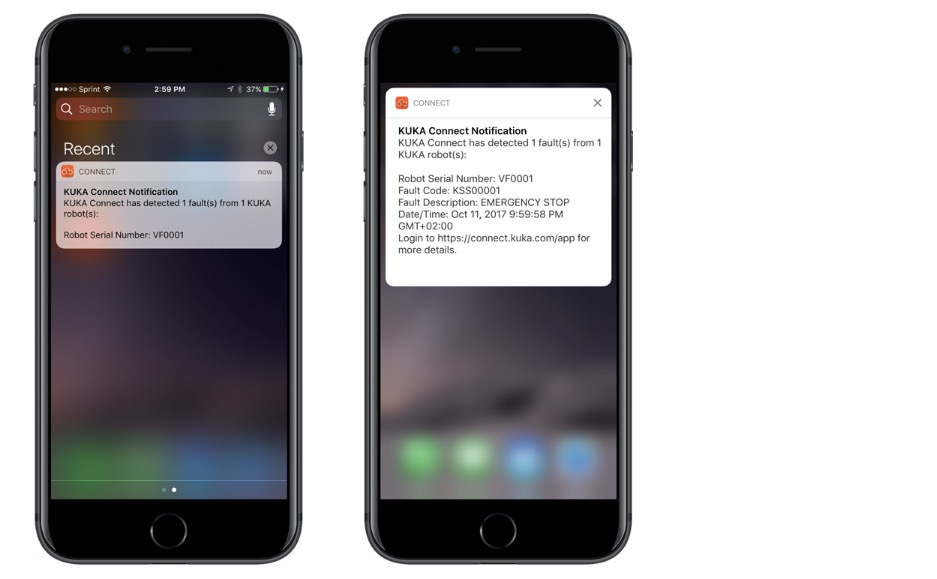 Kuka has launched a mobile app for monitoring its robots.

The app – called Kuka Connect – is available for both iOS and Android platforms.

The company says the app features push notifications, which enables real-time fault discovery and the automation of routine maintenance scheduling.

“Robot data at your fingertips takes on a whole new meaning with push notifications instantly visible on your smart device and no interruption to your current mobile activity,” says Kuka.

Kuka Connect is also the name of the platform Kuka has developed to provide an ecosystem for apps of this type.

The service is available on subscription and includes the mobile app and its equivalents for laptop and desktop computers.

Supported robot controllers include the KSS 8.3.20 or above – which is the proprietary Kuka operating system.