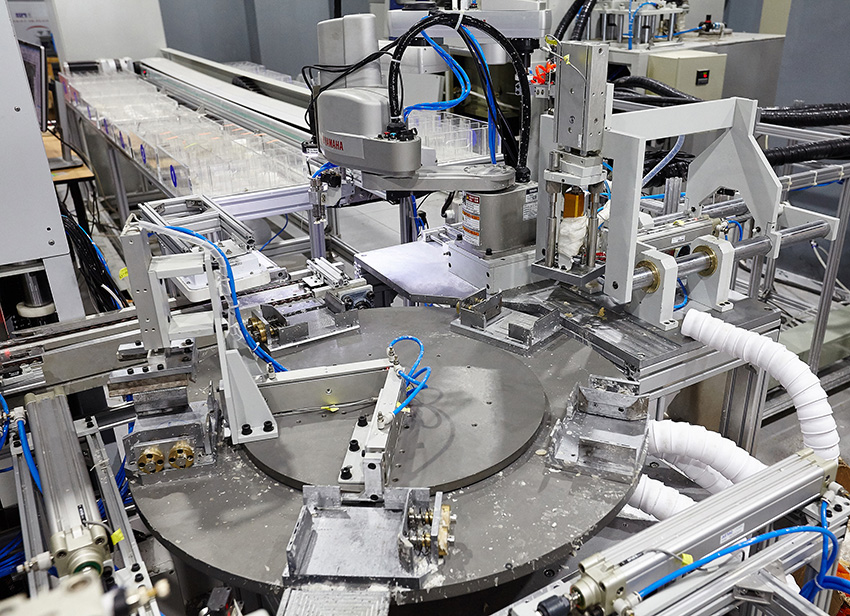 HIT Robot Group, one of China’s leading manufacturers of robots, has been showcasing its four feature products at the recent China International Industry Fair in Shanghai.

Zhu Lei, vice president of HRG Robotics, says: “China is a huge market for industrial robots and has great potential. We’ll keep pushing forward the growth of the industry, and hope to cooperate with more international partners.”

To demonstrate the HRG’s research and development capabilities, the company has brought a slew of products and concepts to the Fair.

Among the main exhibits HRG were two new additions to its business, one relating to training, and the other being a new type of gear.

HRG’s comprehensive educational system for industrial robots comes with a set of equipment connected with related automated devices to create a simulated scenario for the operation of industrial robots.

HRG says the system is compatible with mainstream industrial robots made by international and domestic companies.

The training platform has been adopted as one of the criteria for the national examination of industrial robotics engineers.

In addition, HRG has launched both online and offline integrated services, enabling learners to get the most out of the apps and their practice.

Designed to serve as a core component of industrial robots, the precision cycloidal-pin gear developed by HRG Robotics can be used in medical equipment, navigational tools, robotic arms and automated equipment.

The gear has been put into small lot production and comes at a lower price compared to imported models.

HRG Robotics has also introduced its vision of the “Robotics Biosphere”, its concept of an ecosystem for global robotic innovation, entrepreneurship and industry, for which the company says it has laid the groundwork.

HRG says it is committed to building an industrial incubation platform that encompasses the robotic sector as a whole so as to realize optimized integration of all resources based on industrial layouts.