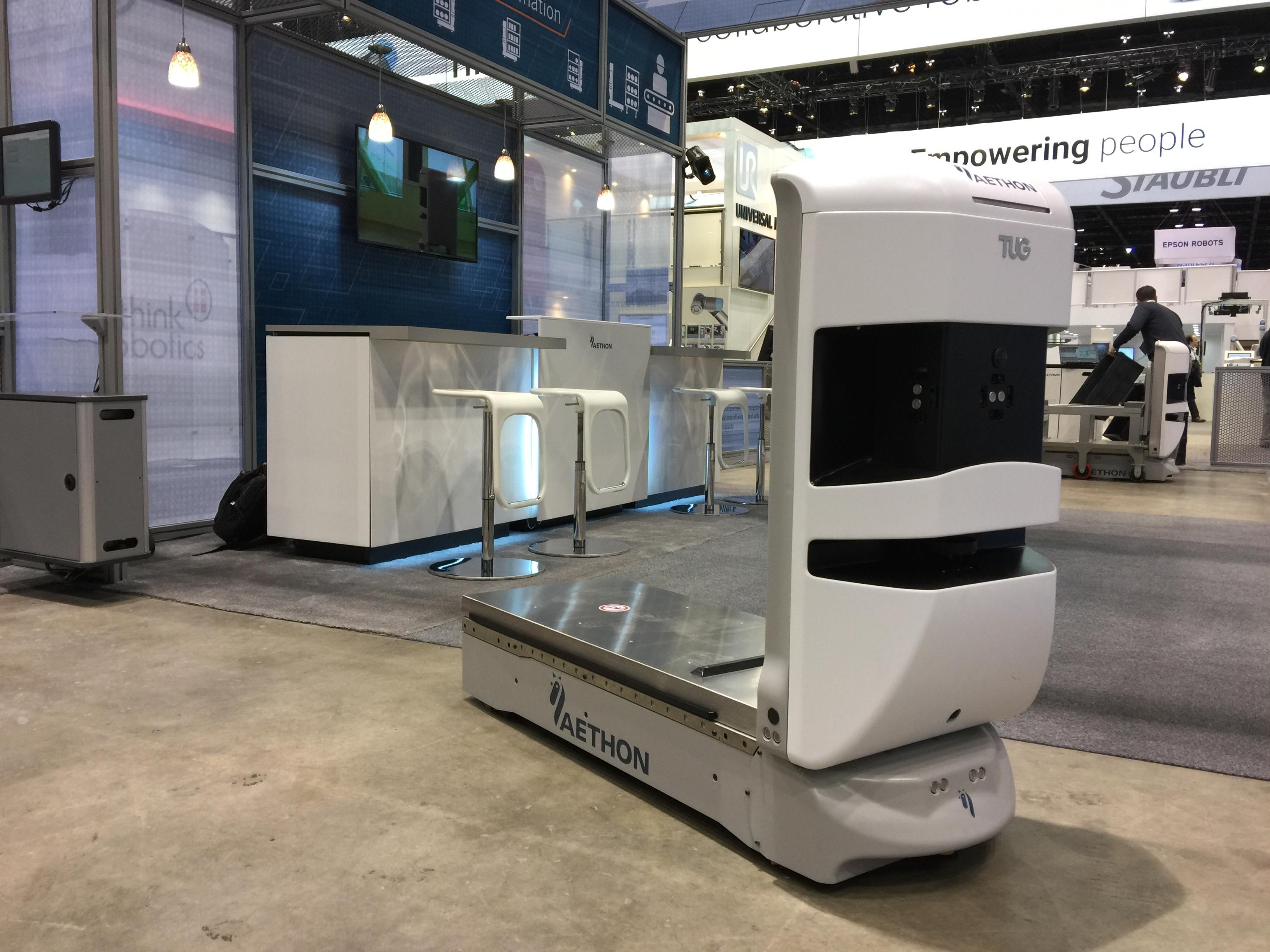 As quoted on Nikkei, Chong says: “We want it [Aethon] to be a material business [with a revenue of] over 100 million Singapore dollars. How fast we get there, we don’t know yet.”

Aethon’s TUG autonomous guided vehicle has been particularly successful in recent years, with the company previously saying that sales were outpacing all of its competitors.

Approximately 700 TUG vehicles have been sold so far, with about 140 of them in hospitals.

ST Engineering has already sold a few to the Singaporean telecommunications company StarHub, mostly for dealing with hotel laundry and housekeeping, and is planning to increase those sales numbers by turning its attention to the wider logistics market.

Being the world’s largest online retailer, Amazon has many warehouses which are part of a massive logistics operation.

Some reports say Amazon is using 45,000 of its own autonomous vehicles in its warehouses worldwide, although other put the number at 100,000.

Amazon originally acquired its robots by buying up Kiva Systems, which previously sold its robot to other companies.

Since the Amazon takeover, no robots have been sold to outside companies. This has opened up a new market for robot companies, and there is increasing interest in the sector, with many new as well as established robot makers launching autonomous products for the logistics sector.

Now that it has Aethon and its TUG vehicle, ST Engineering, too, is one of those companies.

As reported by Nikkei, Lee Shiang Long, president of ST Kinetics, the robotics division of ST Engineering, says: “We have [made] an early-market entry, and because of our technology, we will be able to scale fast.

“This is a fast developing area and we are confident we can make a good progress over the next few years.”