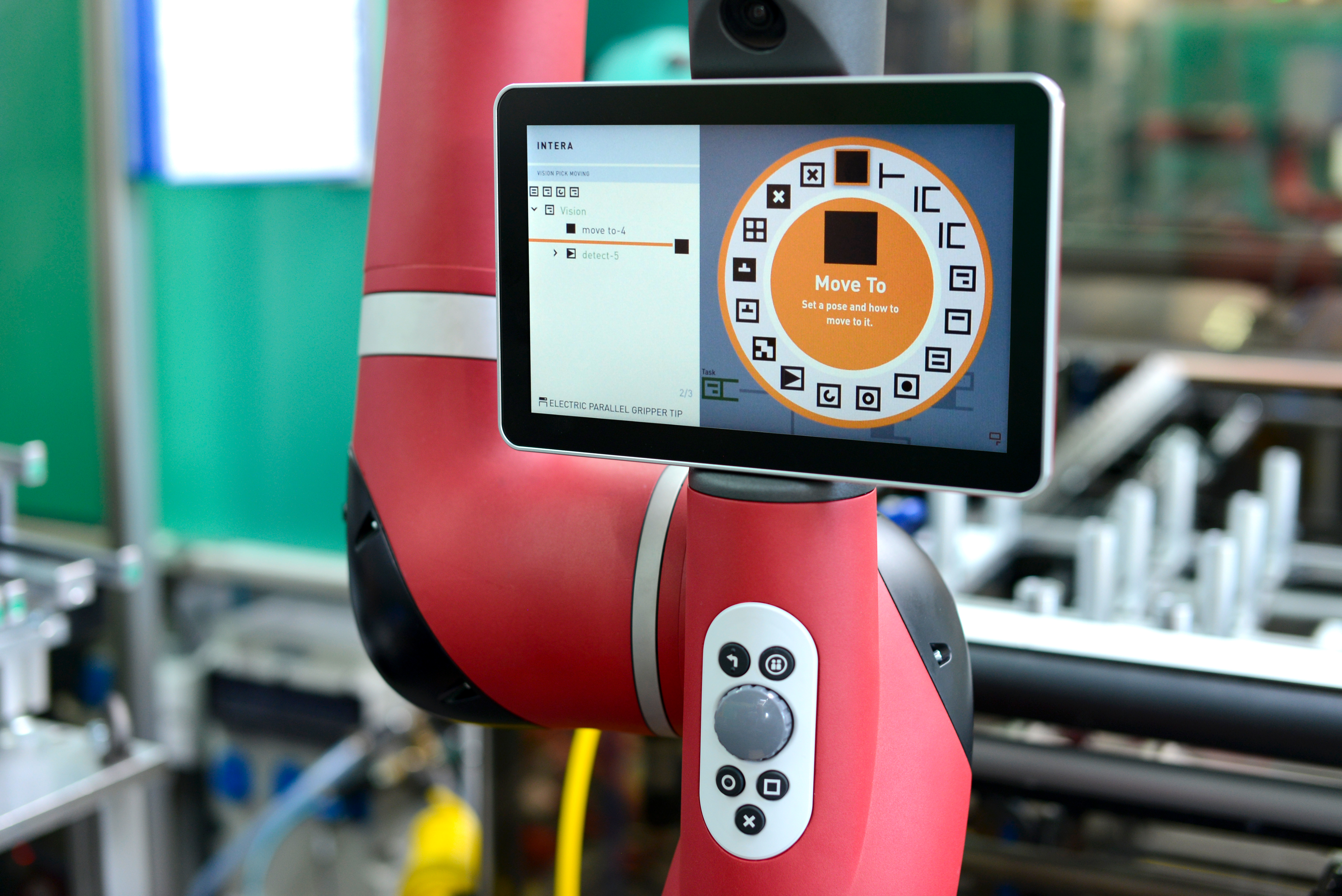 Rethink Robotics has released Intera 5.2, an expansion of its “first-of-its-kind” Intera software platform which provides critical data insights about its Sawyer industrial robot to manufacturers in real time.

Rethink Robotics’ Sawyer gives operators and line managers valuable data at a glance, including metrics such as cycle time, part count, speed and force – data that has never before been available through a single collaborative robot vendor.

The new feature, Intera Insights, displays key performance indicators via a customizable dashboard on the robot’s on-board display, making it accessible directly on the factory floor.

The same charts are also fed back to the Intera Studio platform, providing visibility to other members of the manufacturing team.

Intera Insights drives more informed production decisions and saves manufacturers time and money by eliminating the need to invest in or create another data collection system.

“Intera Insights gives them the ability to instantly know how their line is working.

“We are providing the first-ever option for manufacturers to deploy collaborative robot automation and simultaneously gain valuable information about their line in a way that maps directly to action.”

In addition to the embedded cameras that are standard with every Sawyer robot, manufacturers now have the option to seamlessly integrate an external camera in minutes.

This will allow manufacturers to optimize cycle time with improved vision, or leverage in-house vision systems on Sawyer, claims Rethink.

Intera 5.2 will be available for download on all existing Sawyer robots and will come standard on all new robots.