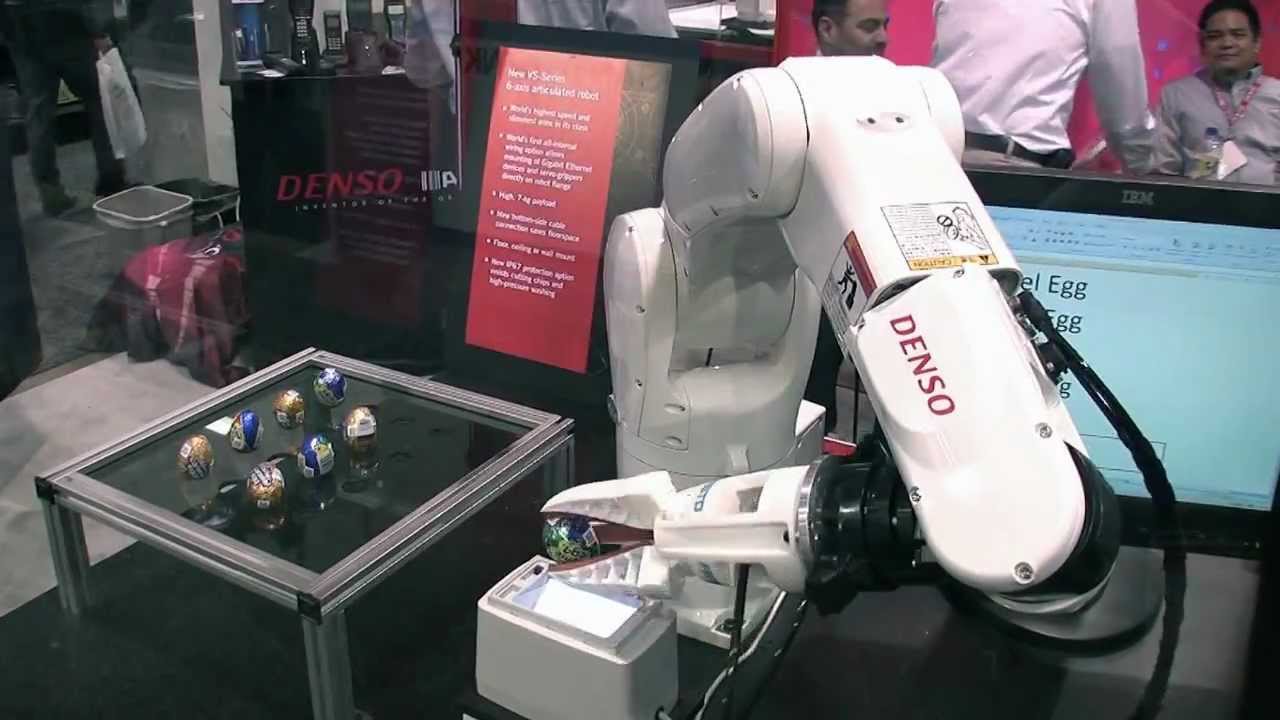 Denso started out as a division of Toyota, which is the world’s largest automotive manufacturer, according to some statistics.

By revenue, Toyota is actually the fifth-largest company in the world, ahead of competitors such as Volkswagen, Daimler, and General Motors.

All of which indicates that Toyota uses a lot of robotics and automation technologies, a large component of which is supplied by Denso.

As well as being Toyota’s main supplier of intelligent production machinery, Denso is also one of the world’s largest robotics and automation companies in its own right – well inside the top 10, alongside Kuka and Mitsubishi, according to the Robotics and Automation News list.

Having been established as an independent company in 1949, Denso is now preparing to celebrate three anniversaries in 2017-2018.

Its first spark plug was manufactured nearly 60 years ago and today spark plugs are still a key element in Denso’s product line.

Iridium plug production has been going strong for 20 years, and Denso Robotics is celebrating its 50th anniversary.

Today Denso is producing spark plugs in five plants across the globe and has responded to changing engine and market requirements to continue to develop spark plugs that meet the evolving needs of original equipment manufacturers and aftermarket customers.

Denso Iridium spark plugs, which are designed to meet increasing performance and longevity requirements worldwide, made their first appearance in 1997.

“Back in 1967, robotics was relatively primitive,” says a Denso press statement. “But Denso began developing state-of-the-art controllers, software and industrial robots that would change the face of automation.

“Today Denso is seen as an innovative leader in the field of robotics.

“More than 18,000 Denso small industrial robots employed are being used in the company’s own manufacturing facilities and more than 77,000 additional Denso robots are being used by other companies throughout the world.”

Joe Mejaly, senior vice president of Denso products and services Americas, says: “Denso has a demonstrated its commitment to all of the markets it enters.

“These anniversaries are proof of not only our commitment but to the quality of the products we design and manufacture.

“Of course these milestones would not have been possible without the support of the companies and people who continue to use our products. We thank them for their ongoing support and pledge to continue to provide high quality products for them into the future.”

Denso’s US headquarters is located in Southfield, Michigan, and the company employs more than 23,000 people at 30 consolidated subsidiaries and affiliates across the North American region.

Of these, 28 are manufacturing facilities located in the United States, Canada and Mexico.

Almosy 9 per cent of the company’s sales revenue is spent on research and development, says the company.

Its global headquarters is located in Kariya, Aichi prefecture, Japan.