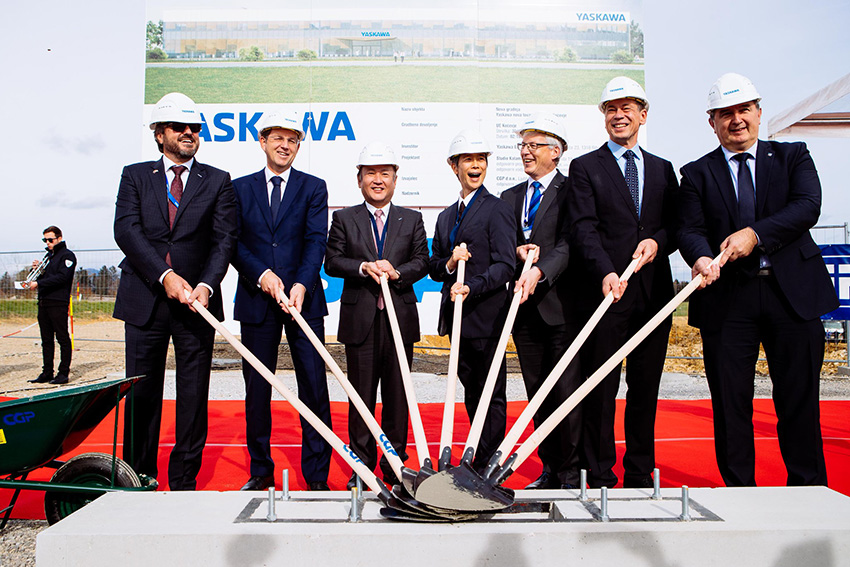 Yaskawa has broken ground to mark the start of the construction of a new factory in Slovenia, in Europe.

The company will spend almost $30 million in building the new facility in Kocevje.

The foundation stone was laid a few days ago.

Attending the ceremonial ground-breaking, was Slovenian prime minister, Miro Cerar, and many senior executives from Yaskawa, including:

Cerar said: “Kocevje is a symbol of good news for me. Today we lay the cornerstone for a new factory.”

The Slovenia facility will employ around 200 people and produce approximately 6,000 robots annually by 2023, according to RTVSlo.si.