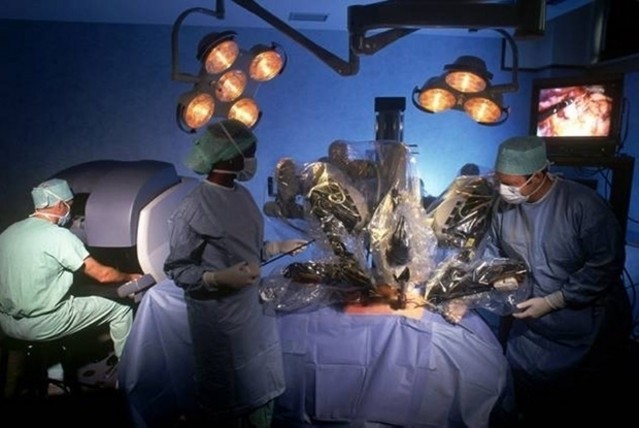 While robotic surgery systems such as Intuitive Surgical’s da Vinci may be the most photogenic of the systems, gaining a lot of publicity in recent years, there are numerous other systems being developed, with some already being used in healthcare.

For example, Omnicell is doing a brisk trade with its automated pharmaceuticals dispensing machine.

Midea, the home appliances giant, is considering launching something similar, although no pictures or details of its robot pharmacist have yet emerged.

But there is quite a lot of activity in the sector, which is why we thought we’d round up the companies which are either ready to launch robotic heathcare systems or have already introduced them.

Robotics and automation systems suppliers in the healthcare sector

There are many others which provide a range of technologies, some of which are software-oriented solutions rather than robotic. We’ve included the ones we could find, and know something about.

We haven’t included Midea’s automated dispenser because we haven’t seen it yet, and providing a link to the site of a company with such a diverse range of products would probably be unhelpful.