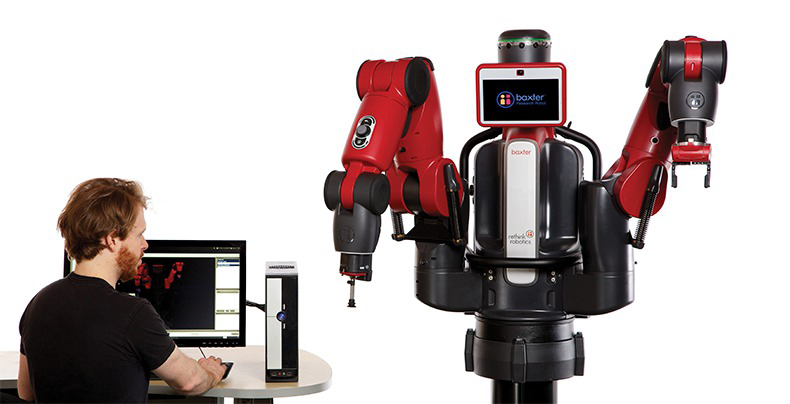 The most widely-used operating system for ROS is Linux, followed by Java or macOS.

ROS is designed to work with different subsystems and components which probably run different programming languages.

The advantage of this is obvious, with developers no longer needing to build the same programme several times for several proprietary robotic systems.

And, as ROS continues to develop, it will open up new opportunities for the industrial and many other sectors.

Engineers building robots previously may have lacked a common platform for collaboration and communication. This may have delayed the adoption of robotic butlers and other related developments.

Innovation in robotics has accelerated in the last decade with the advent of ROS, which many engineers now use to build robotic apps and programs.

The increasing requirements of handling master coordination nodes, control, process actuator, multiplexing information and feedback data, along with multiple controllers, will drive the ROS market over the coming years.

The statistics of the ROS community are impressive: about 9 million ROS packages were downloaded from over 70,000 IP addresses in May 2015, indicating many thousands of active users.

And in the developer community, about 1,800 people have contributed to the ROS’ 10 million code lines, averaging to 20 commits per day.

The Open Source Robotics Foundation, which is responsible for ROS, said last year that about 10 million ROS applications were being downloaded every month.

ROS has also attracted numerous startups to invest in the field of robotics. These startups are taking advantage of its open source nature to develop reliable robots for tapping new verticals.

In 2015, about $150 million was invested as venture capital funding in businesses utilizing ROS.

Low-level functionality benefits provided by ROS will support the industry growth as it eliminates the need for building software and hardware specifically for each and every individual robotic project separately from the beginning.

ROS is compatible for material handling as it can tolerate a dynamically changing environment as the obstacles are introduced.

However, it finds it difficult to slope the amperage and voltage channels on a welder to ensure optimal wetting action in painting, arc-welding, or spark welding process controls. This presents a challenge to the industrial sector.

The process manufacturing and healthcare sectors are likely to emerge among fastest growing industries in the field of robotics as these involve developing customized products.

Of these, the manufacturing sector, with its larger bases, is estimated to hold larger revenue share of revenues generated from robotics, whereas with growing emphasis on quality, accuracy and low cost, the healthcare sector is expected to see quicker adoption of robotics, resulting in the segment recording higher growth rate, almost doubling by 2019.

The Asia Pacific region dominated the robotics sector accounting for more than 60 per cent share of spending on robots in 2016.

The Europe, Middle East and Africa region is anticipated to be the second-largest revenue-generating region over Transparency’s forecast timeline.

The majority of robot manufacturers have made ports available to enable ROS by co-operating with ROS-Industrial initiative.

The robot technology is expected to get more sophisticated and cheaper as more hardware and software developers are building applications and peripherals which can be added to industrial systems in modular fashion.

Many collaborative robot manufacturers such as Rethink Robotics and Boston Dynamics are adopting ROS for integrating their robotic hardware and software.