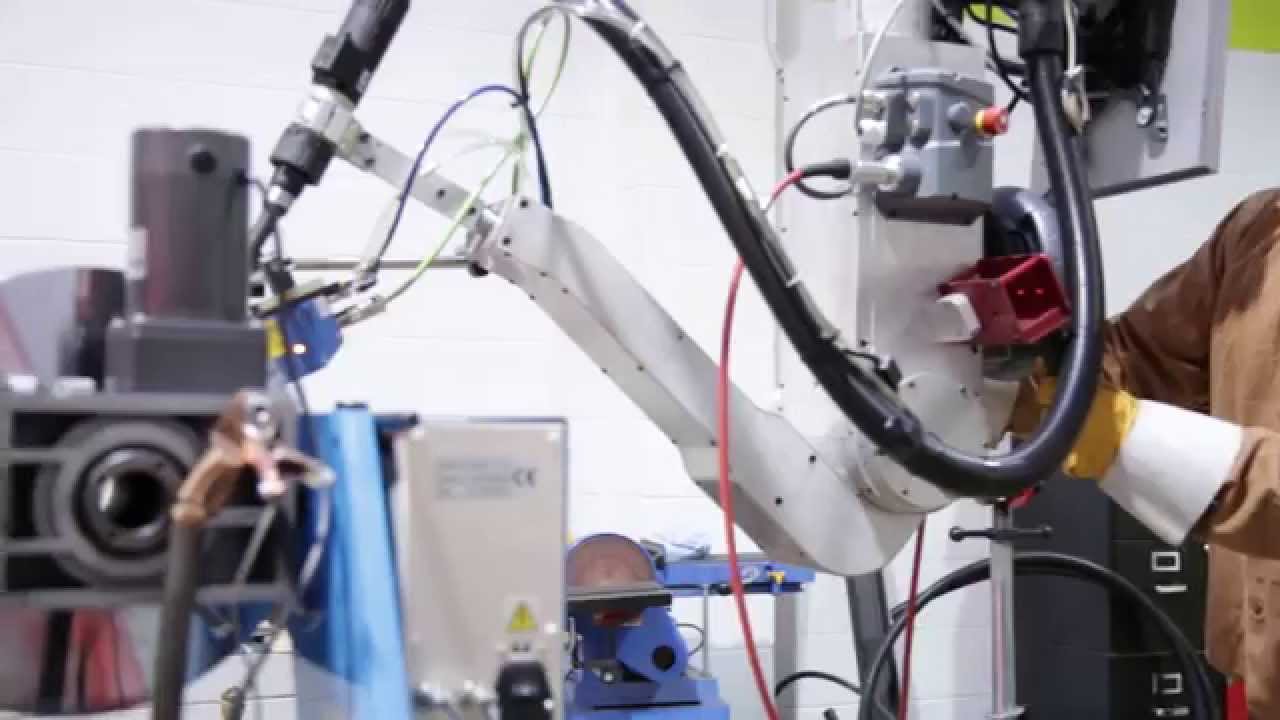 Novarc Technologies, a Vancouver-based robotics company specializing in the design and commercialization of collaborative robots for industrial applications, says it will be introducing “the world’s first welding collaborative robot” at FabTech.

The company says this is a “groundbreaking step” because, for the pipe welding industry, it demonstrates that robots can enable companies to meet production requirements even where there isn’t a sufficient skilled workforce available.

Novarc says its collaborative robot will be initially available for exclusive demonstration at FabTech, booth #B25100. (A previous Novarc welding system is shown in the picture above.)

(An illustration of 1G and other mysterious welding jargon can be found here on the American Welding Society’s website.)

Novarc says its SWR utilizes a three- axis robotic arm at the end of a long reach manipulator, which increases the dexterity and flexibility of the human operator, improving productivity on the shop floor and reducing costs for the pipe shop.

Novarc says its solution could alleviate what it says is a “skilled labor crisis”, with 400,000 welders required but possibly not available.

The company says its technology is accelerating the modernization of pipe fabrication shops, increasing their capacity while maintaining quality requirements, which it says is key for industrial applications using advanced control techniques to solve challenging automation problems.

Currently, the pipe welding industry is said to be experiencing a severe labor shortage crisis, which has the potential to affect industries such as oil and gas, energy utilities, water and wastewater, food and beverage, shipbuilding, chemical and nuclear plant construction and maintenance.

Pipe shops serving these global industries require highly skilled welders, and there is currently a significant shortage of this highly skilled labor force, which according to the American Welding Society, will grow to a shortage of about 400,000 welders by 2024.

Novarc says its technology solves this gap by providing a robotic tool to allow less skilled welders to do the work of highly-skilled welders, thereby “increasing productivity and solving pipe shops’ employment challenges”.

Unlike the popular belief that robots are taking away human jobs, Novarc’s technology actually opens up jobs for less-skilled workers, as the technology supports them to be able to perform welds more precisely and accurately. Bringing human robot collaboration to the pipe welding industry, Novarc helps pipe shops fill their labor gaps.

“We’re very excited to introduce and demonstrate our SWR robotic technology to the industrial pipe welding industry at FabTech this November.”

Ushering the era of Big Data, the SWR can store and quickly recount weld data for accurate shop analysis and statistical reporting.

Implementation of the SWR can result in a four-fold increase in throughput and production capacity and has the potential to recoup its cost in less than six months, claims Novarc.

Novarc’s collaborative SWR is currently in operation in the US and Canada, and is expanding throughout North America and Europe.

As well as claiming it to be the world’s first collaborative welding robot, Novarc says the unit featuring the “smallest footprint in the industry”.