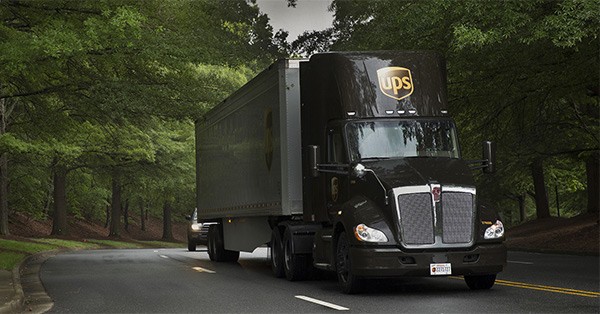 The chief executive of logistics giant UPS says the company is using automation technologies to move a greater number of parcels with the same number of people.

In comments to Yahoo Finance, UPS CEO David Abney says: “Last year we hired about the same number of people and we’re doing it this year with an extra 5 per cent of packages and it is because of automation.”

The company’s busiest periods are the weeks leading up to the Thanksgiving holidays, and Cyber Week, which is a week after that.

For these periods, the company is introducing a surcharge, to encourage customers to choose to send parcels earlier.

Also, UPS is considering options for being part of home-delivery services from large superstores, like Walmart, which is introducing new services such as online orders through Google’s Home assistant and product-checking robots inside its stores.

Abney says UPS is also looking to keep up with new developments in the industry, especially as online retail giant Amazon is said to be developing its own delivery network, which would be available to any company to use – as though Amazon was just like any other logistics or delivery company, like UPS, for example.

“It’s very important for us to use technology to increase automation to have things in effect like UPS MyChoice that gives our consumers more control of the delivery,” says Abney.

Although Abney didn’t specify any automation technologies the company is using, it has been previously reported that UPS is testing a drone delivery system developed by a company called Workhorse.