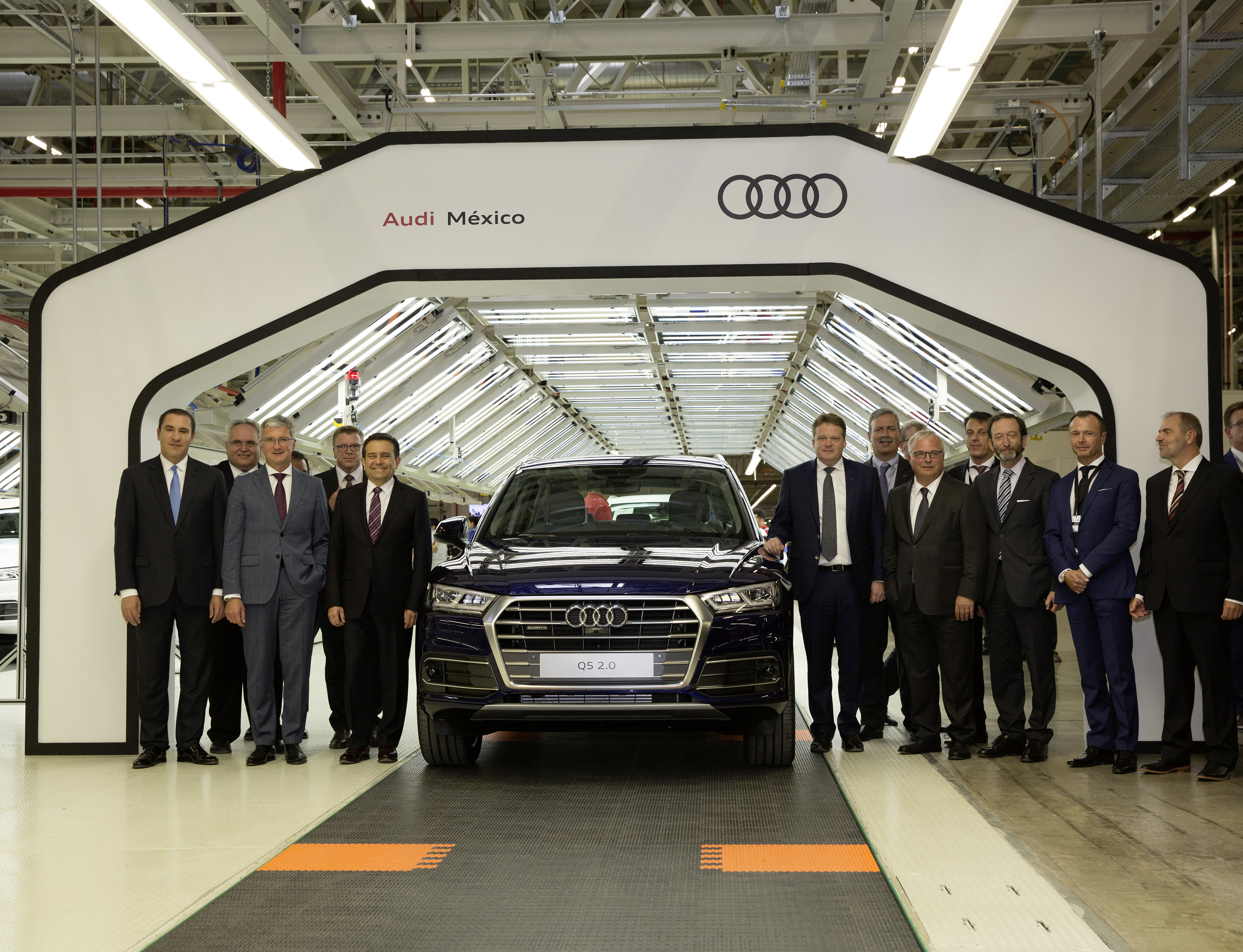 And even as US President Donald Trump pushes for a renegotiation of Nafta, manufacturing companies are continuing to choose Mexico as an investment location.

Trump’s comments have led several US and overseas manufacturers to think twice about moving to Mexico, but the economic arguments in favour of Mexico are apparently compelling.

According to Bloomberg, the average saving a US company could make by moving to Mexico is $20,000 per worker.

This has led “at least 12 companies” to start the process of setting up in Reynosa, a city located further towards the eastern end of US-Mexico border.

Numerous other companies of various sizes are also moving to Mexico.

Bloomberg says Kongsberg Automotive, an auto-parts manufacturer, is closing its factory in South Carolina and will move production to Mexico.

The factory employs 100 people, and Kongsberg says it needs to move to reduce costs.

But with robotics and automation perhaps making human labour costs less of a factor, what are the Mexican manufacturing sector’s prospects going forward?

In some countries, human labour is so cheap that even the least expensive robots can cost more money to install and run for some companies than employing a local worker, of which there are many in India.

Sharmila Annaswamy, a Frost & Sullivan consultant based in India, told Robotics and Automation News in an interview: “I don’t think robots are going to replace humans – that will take a lot of time.

“If you’re looking at the type of industrial robots that Adept or ABB manufacture, then India has a long way to go.

“The local market is just not ready to accept that kind of robot and are not going to invest in that kind of robot as of now, mainly because of the prices and other financial factors involved, the cost of maintenance of the machines, and when they compare the labour cost and the robot cost, it’s still not matching up to what they would expect.”

However, Mexico is apparently quite different. The main reason is that it’s located next to the world’s largest manufacturer and buyer of products made in the most advanced technology sectors – semiconductors, automobiles, and aerospace.

In the automotive sector, which is the biggest buyer of industrial robots by far, Mexico has been doing particularly well in recent times.

Labour costs are only one consideration in any manufacturing operation, and when it involves large shipments of heavy goods, logistical costs are certainly another.

According to The Offshore Group, the area with the highest concentration of auto manufacturing is the city of Saltillo, where GM, Fiat Chrysler and Daimler have established plants.

Most of the leading automakers have manufacturing operations in Mexico, and that situation is unlikely to change, even if Nafta is scrapped.

Automakers with plants in operation or under construction in Mexico

Fiat Chrysler is, of course, one group, as is Volkswagen Audi, but this is probably not a complete list anyway – it merely highlights some of the big automakers with manufacturing operations in Mexico.

Perhaps the most interesting plant among them is the one Audi opened towards the end of last year (main picture).

Described as a “smart factory”, the San José Chiapa facility is the first factory Audi has established in North America. (See video below.)

In comments at the time of the plant’s inauguration, Rupert Stadler, chairman of Audi, said: “The plant in Mexico is a milestone in the history of our company and an important step in our internationalization.”

Toyota, meanwhile, is planning to open its plant in Guanajuato, Mexico, in 2020, and says it will produce 200,000 Corollas a year.

However, the interesting development here is that Toyota had originally planned to open the plant in 2019.

Direct criticism from Trump, who said the US would tax the automaker’s vehicles at the US border unless it decided to build the factory in the US instead, may or may not have a bearing on this.

In 2015, Mexican companies placed more than 6,000 orders for industrial robot units, according to data compiled by the Robotic Industries Association.

That is more than double the approximately 2,500 the country ordered in the previous year.

One of the reasons for the increase in industrial robot orders would be the growing automotive sector, and the aerospace sector, according to comments reported on the RIA website.

Evan Haley, director of international sales and business development for ATI Industrial Automation, says: “Mexico has been growing leaps and bounds in the automotive industry, and then followed by the aerospace industry. It’s what we refer to as the next China, where there’s so much potential here.”

And while the Trump administration may have prompted General Motors to invest an additional $1 billion in US manufacturing, the company has not uprooted in extensive operations in Mexico.

US companies are, in fact, the largest investors in Mexico, accounting for more than half of all foreign direct investment in the country.

Not surprising, perhaps, since the majority of Mexico’s exports – in the automotive sector at least – go to the US and Canada.

This is clearly a factor in Mexico moving up the global automaking rankings.

According to data collated by the International Organization of Motor Vehicle Manufacturers, and published on BizVibe, the top 10 automaking countries are:

When the new factories planned by Toyota, Kia and others start production, it’s likely Mexico will move further up the rankings.