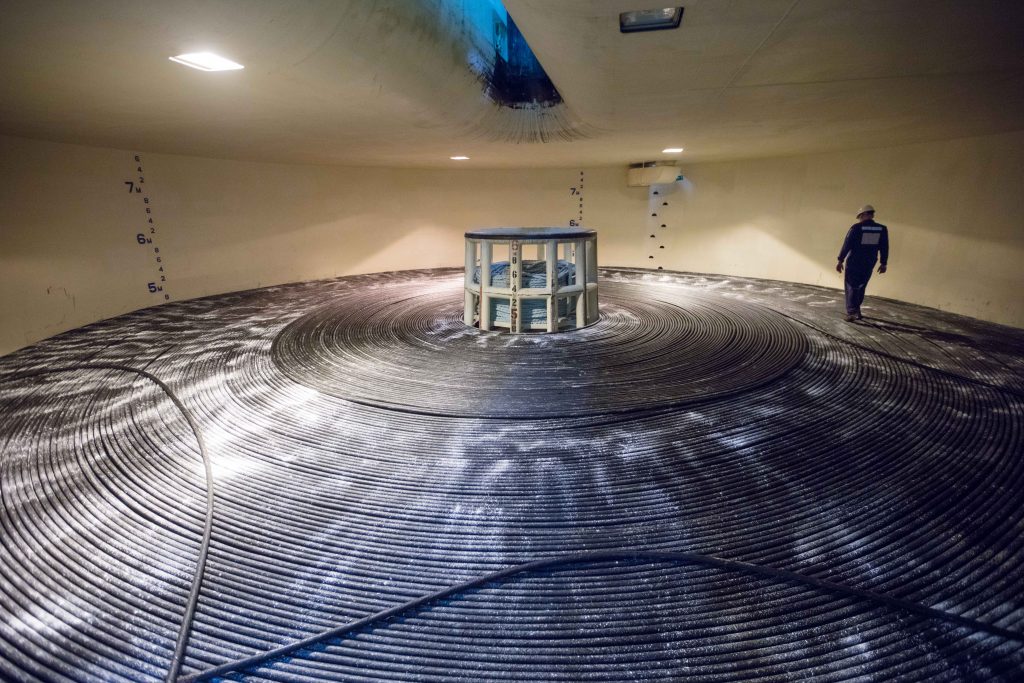 There’s not many things more fascinating in today’s high-tech world than subsea cables.

And the sheer magnitude of the engineering involved in laying them undersea across oceans and connecting continents is arguably a wonder of the modern world.

Subsea cables are not new, of course, since they’ve been in use almost as long as traditional telephones.

In fact, according to a video on Microsoft’s website boasting about its own new subsea cable, the company says the first transatlantic subsea cable was installed in 1863.

Fast forward 150 years and these days, subsea cables have to carry literally millions, possibly billions, of times more data than just voice and whatever else they had to carry in the early days – morse code, maybe… definitely not cat videos anyway.

But even if it is cat videos, today, subsea cables can transport data approximately 16 million times faster than an average home internet connection, according to the World Economic Forum.

Microsoft has been sharing some information and pictures of its new subsea cable, for which it partnered with Facebook and Telxius.

Microsoft’s subsea cable has a name, and it’s Marea. And the company says Marea is “the highest-capacity subsea cable to cross the Atlantic”.

Marea is said to be capable of transporting “up to 160 terabits of data per second”, says Microsoft.

Subsea cables generally connect one data centre to another, across continents, though not necessarily directly – there’s an interconnect of some sort when the cable initially reaches land.

The Marea subsea cable is 4,000 miles long, reaches ocean depths of 11,000 feet, and connects Virginia Beach, Virginia – on the east coast of the US, and Bilbao, Spain – on the country’s northern coast.

It was constructed by telecommunication infrastructure company Telxius, a subsidiary of telecom provider Telefónica, which is described as “the third partner”, brought in to manage the construction process and operate the cable.

Microsoft says the project demonstrates the increasing role private companies are playing in building such infrastructure.

In the past, such infrastructure projects were undertaken by governments. Now, as well as Microsoft and Facebook, Google and Tata are among the tech giants taking on that role.

And then of course you have the telecommunications companies – NTT, AT&T and so on – some of which may have started out as government departments.

But governments gave up trying to keep up with the growth of private enterprise in general, and the telecommunications business in particular, many years ago. So now, for the tech giants, subsea cables and the creation of super-fast, super-large networks are a critical way to gain a competitive edge.

“There is no question that the demand for data flows across the Atlantic will continue to increase and Marea will provide a critical connection for the United States, Spain, and beyond.”

Ahmad says: “Obviously, connectivity is one part of achieving that goal. Marea will help us connect people more quickly and efficiently.

“More broadly, robust connectivity can help a wide variety of people build relationships and collaborate between countries and across cultures.”

Rafael Arranz, chief operating officer for Telxius, says: “All of these applications, especially everything that is driven by video, consume a huge amount of bandwidth.

“So everybody needs to be connected with a high-volume, high-bandwidth infrastructure. With its unique route, this cable is going to be able to absorb and deliver back-and-forth traffic to strengthen communications, not just across the Atlantic, but across the globe.”