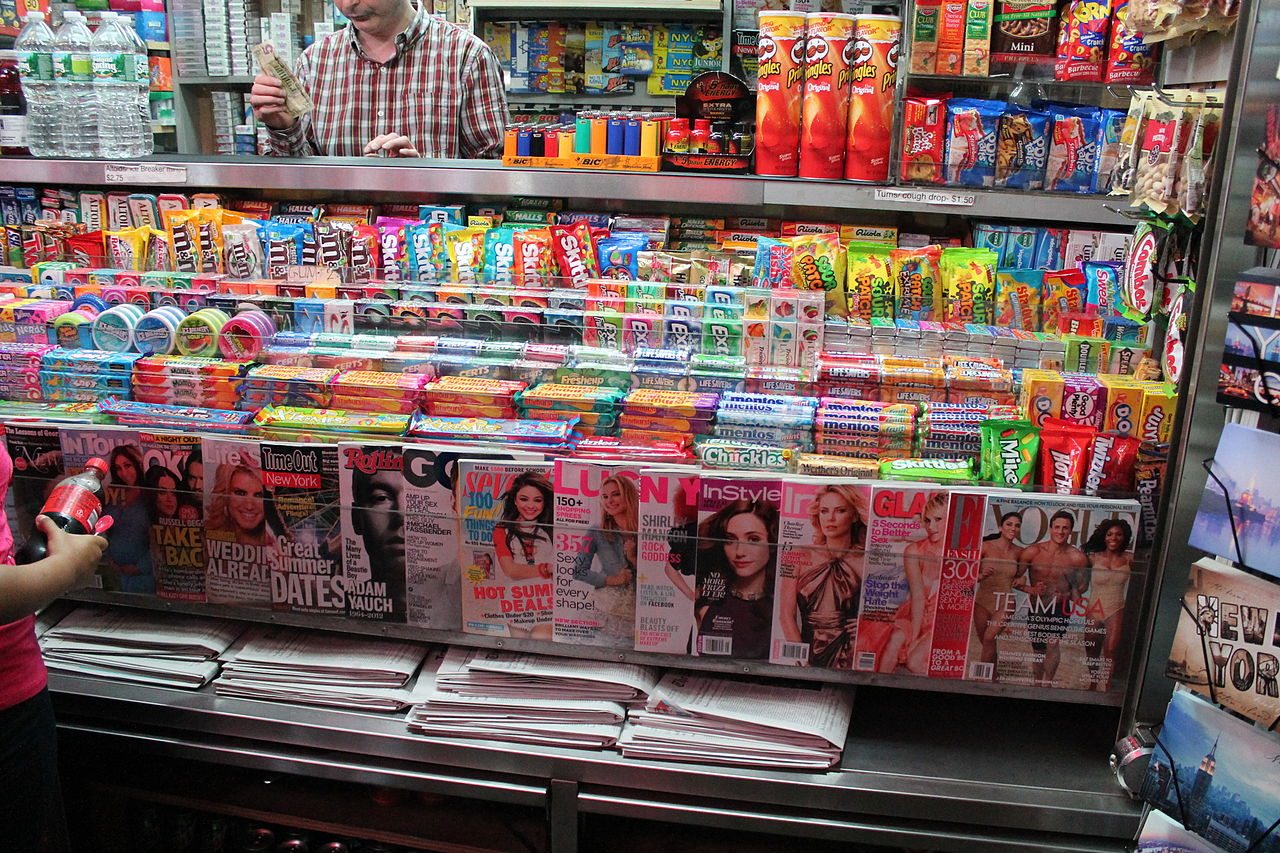 There are still many printed publications doing very well and selling in large quantities, and a list of some of the top 10 is offered below, but even the Japanese daily Yomiuri Shimbun – which holds the world record at 13 million copies sold in one day – has lost huge numbers of readers.

According to a list published on Wikipedia, some of the world’s largest-circulating newspapers are:

Although the Wall Street Journal and others have seen increases over the past five years, the majority of newspapers in Europe and America have lost significant numbers of readers.

A similar pattern is to be found across the entire print media industry, in all segments, and it’s a downward trend which started around two decades ago.

The consequences of this for the global forestry, pulp, and paper industries probably don’t need to be spelled out, but there’s been a corresponding downward trend there too.

According to RISI, a research company specialising in the forestry, pulp, and paper industries, more than a quarter of the world market for one particular paper product has “simply disappeared”.

Coated paper has a glossy or matte finish and is generally used for magazines, books, and other printed material.

RISI says electronic media has reduced consumer demand for printed magazines and catalogues at the same time as new production capacity, especially in Asia, has increased.

The resulting oversupply, aided by the strong US dollar and falling costs, has held down prices for coated paper, says RISI.

However, RISI adds that the market has stabilised now, and prices are likely to increase.

“The trends in major markets do suggest upward price pressure over the next decade,” says John Maine, RISI’s vice president of economic analysis for graphic paper.

“Oversupply conditions should ease, as more than 1 million tonnes of capacity is being shut in 2016-2017, with more to come.

“Along with the impact of electronic media, price weakness has been driven by the strong dollar and excess expansion in Asia.

“All of these trends are subsiding, and based on our analysis, we expect overall nominal prices to trend upward through 2027.”

It’s certainly more environmentally friendly not to cut millions of trees down and reduce them to reading matter which gets thrown away at the end of the day, so no one is complaining about that.

But the squeeze on the profits of forestry, pulp and paper suppliers is leading them to embrace digitalisation in new and interesting ways.

Compounding the challenges they face in the printed media market is the wider trend of enterprises large and small reducing their use of paper for communications and everything else, or introducing “paperless office” solutions.

One example is famous Post-it notes maker 3M, which is embracing digitalisation across all its entire operation, which will influence its processes, its product range, as well as its sourcing of raw materials from the forestry sector.

The company supports the United Nations’ 2030 Agenda for Sustainable Development, and has listed a number of goals it’s aiming for, one of which is to achieve “zero landfill status at more than 30 per cent of manufacturing sites”.

It has donated $20 million to The Nature Conservancy to safeguard critical biodiversity and habitat throughout the United States, China, Mexico and Brazil, and some of its Post-it notes and related products are made from “100 per cent recycled” materials.

3M has annual revenues of around $30 billion so it’s a big buyer of forestry products, but the company also produces a range of plastics and other materials used in industrial sectors such as automotive, electronics, and, as might be expected, packaging.

The packaging industry is, of course, a massive buyer of pulp and paper products.

No matter how attractive packaging is, most of us tend to eventually throw it away. An increasing number of people recycle, but either way, it ends up in some landfill or rubbish recycling system somewhere.

Some of the recycled material gets turned into packaging again, or some other product, such as household tissue.

But most packaging is made from freshly cut trees. The top 10 largest pulp and paper companies in the world, according to a list published by Pulp and Paper Technology, is reproduced below, with estimates of annual earnings.

Top paper suppliers in the world, with approximate annual revenues

As mentioned, one of the reasons for the global decline in paper and pulp prices, and forestry products in general, is the increase in production capacity in China.

But surprisingly, the country is not the world’s leading exporter of paper – that title goes to Germany, as the list below shows.

This is according to World’s Top Exports, and it probably should be mentioned that there are other lists which show China as the top supplier.

Also, a notable absence from the list is India.

India is practically completely covered with trees, so the reason why it’s not in the top 10 is probably that it exports proportionately less of its wood production than other countries.

Wood is still used in large parts of the world for constructing houses and buildings, and beyond its city limits, India is largely rural, where the majority of houses are wooden structures, with wooden furniture inside.

Another reason India is interesting in this context is that it is currently the site of an experiment being conducted by the Institute of Wood Science and Technology, an agency of the Indian government.

The IWST is partnering with Hitachi India on what’s being called a “smart forest” initiative, in Bangalore, in the southern part of the country.

Hitachi will provide internet of things sensors as part of its Anomaly Detection To Prediction and Prescription technology for monitoring and detection of illegal cutting and movement of high-value trees.

While it’s currently mainly used for security against illegal logging, it’s possible that such sensor arrays will be used in future for monitoring the health of trees, and using the information to optimise the operation.

According to Technavio, the global forestry software market will grow at 22 per cent annually from this year to 2021, partly driven by increasingly stringent government regulations.

Much of that software is likely to require the installation of large numbers of sensors.

Finland – another significant producer, although not on the above list – is the site of a new paper and pulp operations centre built by ABB.

ABB says the new centre, in Helsinki, will be based on its Ability industrial internet of things platform, and will provide data-driven solutions by providing remote connectivity, secure access to process performance information, and technical support.

ABB opened a similar operations centre in Ohio, in the US, earlier in the year. This, too, is based on the company’s Ability platform.

The system is for monitoring machines that produce paper products rather than trees – although there seems no technical limitation to its extension in that direction.

ABB is also planning to open a similar paper and pulp operations centre in Singapore, later this year.

The company says the system uses “countless sensors and operation-critical systems” to transmit data on the health and performance of paper machines to the operations centres, where software performs data analytics.

Jim Fisher, ABB’s global product group manager for pulp and paper, says: “ABB remotely monitors and provides real-time support to close to 150 mills worldwide today, and we are expecting that number to rise with this new offering.”