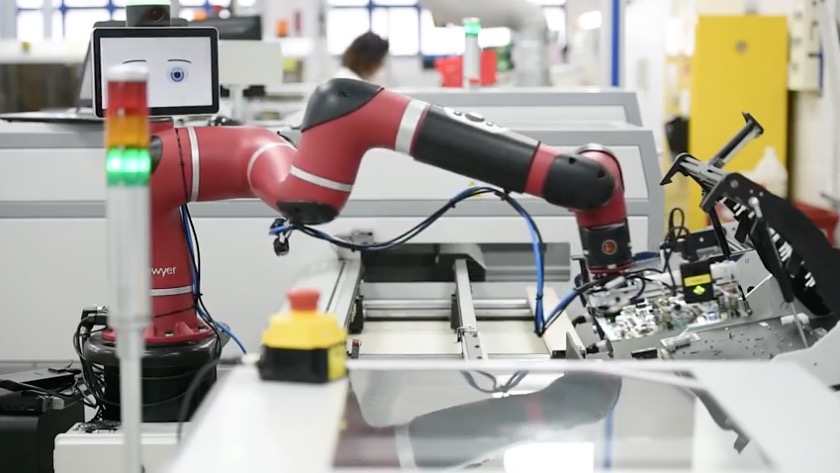 P4Q, a Spanish manufacturer of electronic products and systems, says it has increased production throughput by 25 percent by deploying smart, adaptable automation on the factory floor.

P4Q has been looking to automate more of its factory for many years to improve efficiency and consistency, but traditional caged robots were unappealing due to high costs and employee safety concerns.

After purchasing Sawyer, the company deployed the robot in “just a few hours” and is using and considering the robot for several additional tasks in addition to printed circuit board testing, according to the company.

This includes inspecting parts, taking pictures for quality insurance, picking and placing and line loading and unloading. (See video below.)

Alejandro Caballero, operation manager, P4Q Electronics, says: “Automating critical tasks in our production process has long been a priority, but we struggled to do it affordably.

“With Sawyer, we have a cost-effective solution that improves the consistency of the process, which leads to better part quality and increased productivity.

“It’s given our organization a competitive advantage beyond what we expected.”

Founded in 1999, P4Q is an electronic design and manufacturing company based in Alonsotegi, Spain with a focus on renewable energy, automotive, industrial and railway applications.

Jim Lawton, COO, Rethink Robotics, says: “A predictable, controlled process is critical to delivering quality product to customers, and, like many organizations, P4Q turned to automation to ensure consistency and predictability.

P4Q is also hiring additional personnel with the stated goal of finding additional areas to implement collaborative robots and automate the production process even further.