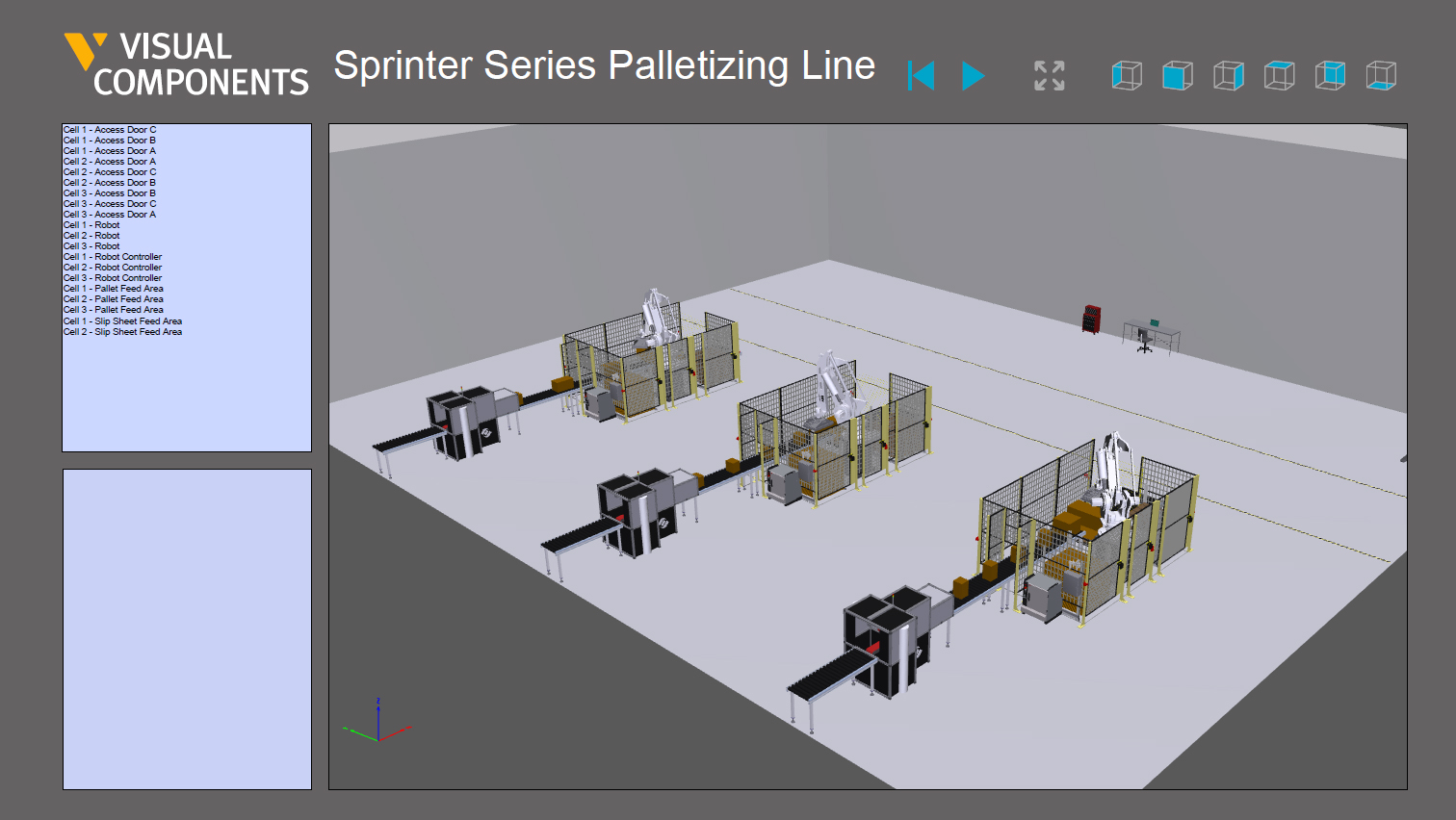 The company says it had been considering using 3D simulation software as a way of communicating its ideas to clients for quite some years.

And, after a demonstration of the software at its facility, the company chose Visual Components.

Kyle Weise, lead marketer for IAS, says: “We initially used Visual Components as a sales tool to accelerate the concepting phase and get our designs out in front of customers.

Weise says the software enables the company to take on new jobs that require features and functionalities that they may not have encountered before with greater confidence.

For example, a customer which initially wanted one single robot cell designed ended up ordering a more complex system integrating many robots.

“We were called in to a customer’s facility to look at a single robot pick and place operation,” Weise says.

After an initial assessment, Weise and his team designed a 3D simulation of a more integrated, but more advanced pick and place station.

“We built out a 3D PDF concept showing the planned robot with an optional second robot to treat the product and a camera system to inspect it.”

The customer was intrigued, but wanted to know that this more complex concept was feasible, and that IAS could deliver.

Kyle and his team worked with the customer to design and evaluate several different configurations for the new station, creating 3D simulations for each concept. The approach worked.

Many meetings and revisional 3D PDFs later, IAS was notified that they won the project.

“We ended up with an order for a full line consisting of 12 robots and 13 cameras,” says Weise.

“Visual Components helped us work through each of these concepts with engineering staff and brought a level of comfort to management to see how the system was going to work.”

He adds: “Getting a layout and budget together quickly gives both parties a solid point of reference to build upon as the sales cycle continues and helps maintain that knowledge when the project begins the more in-depth engineering phase.”

Additionally, the testing functionality of the Visual Components enables IAS to be more efficient in the final stages of implementation.

“Not only does it help us avoid costly repositioning or rework on a cell, but it assures us that the robot we have specified truly is the best one for the job,” says Weise.

One especially tricky project that included a robot that took unique paths working in and around machinery.

“We were happy to see that we could size the robot quickly and feel safe that when the robot was implemented, it would reach its points and avoid collisions,” says Weise.

The Visual Components software includes a library of robots so integrators can evaluate different robots from different manufacturers to see which ones would be most suitable for the client and the specific application.

“It is great being able to seamlessly integrate with our mechanical engineering and design departments through CAD import and export,” says Weise.

“This allows us to use the best talents on each end to work more efficiently and effectively.”

“Each Sprinter starts out as a base unit with preset payload and infeed / outfeed options, and is then expanded accordingly with equipment options and software features.”

Demonstrating the system is simply a matter of showing the potential customer the simulation on a tablet or laptop computer, says Weise.