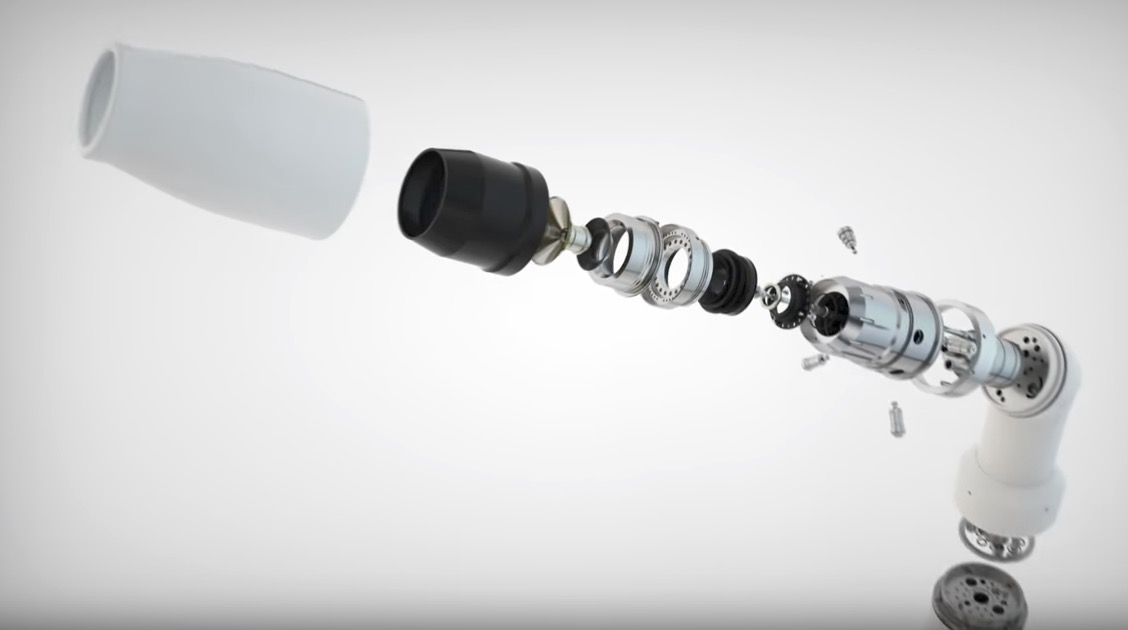 ABB has launched what it claims is the world’s first digital and robotic automotive painting system which it says can be totally controlled during operation.

The company says the most fundamental part of its new painting system is the “revolutionary new connected paint atomizer”.

The ABB Ability Connected Atomizer (video below) enables quality and efficiency “like no other”, claims the company.

“It allows high paint transfer efficiency and sets a new benchmark for paint loss during colour changes and energy consumption,” adds the company.

The painting robot has integrated radio frequency identification systems for controlling the air nozzle as well as sensors for vibration, gyroscopic orientation, and temperature.

The atomiser comes equipped with “a wealth of advanced services and analytics capabilities that don’t even exist today”, boasts ABB.

The system is based on the ABB Ability industrial internet of things platform, which provides users with the opportunity to monitor and control many different robots and systems using a single interface, on a computer, for example.

There are similarly advanced, digitally-driven robotic painting systems being developed for the automotive industry.

One example is the SelfPaint system from the Fraunhofer Institute, which claims its system can save 20 per cent in paint use.