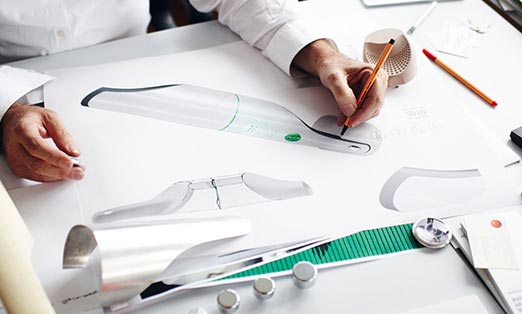 Vorwerk first invested in Neato Robotics in 2010. Both companies are eager to maximize the exponential growth of the robotic appliance market, individually and collectively, with ‘cross-over’ benefits.

With this acquisition, Vorwerk Group confirms its focus on the domestic robotic appliance market, also referred to as the domestic service robot market.

With Neato Robotics being more of a global player, this acquisition allows Vorwerk to instantly gain share of the robotic vacuum market across regions, according to IHS Markit.

IHS analysts say this acquisition seems to be constructed such that these two companies can continue to work independently, running their individual distribution channels in parallel while taking maximum advantage of each other’s strengths in order to gain more share of this growing market.

Overall, the acquisition appears to be a collaborative, non-cannibalizing acquisition.

On one hand, Vorwerk is expected to benefit by gaining access to Neato Robotics’ technological know-how, now as its parent company.

On the other hand, Neato Robotics receives financial backing from Vorwerk, which is much needed to expand its reach and enhance its product portfolio – possibly beyond robotic vacuum cleaners to other related categories.

The acquisition timing could prove beneficial for Neato Robotics in the fiercely crowded US market, where it is up against iRobot, a dominant player currently facing financial challenges, and SharkNinja, which recently entered the US market with aggressive plans and a partnership with leading China-based robotic appliance maker EcoVacs.

The two companies’ product offerings appear to be of non-conflicting nature as their respective products are priced differently. Vorwerk is currently a single model company, having only one premium robotic vacuum offering.

Meanwhile, Neato Robotics has several robotic vacuum models. Taken together, this suggests a lower possibility of cannibalization between their brands and businesses.

With the expected synergies, the two companies might become more aggressive in their marketing efforts, expanding into new territories and market segments independently as well as collectively.

Vorwerk indirectly could indirectly increase its distribution channel footprint in the important US market, where Neato Robotics has a strong presence.

Furthermore, Vorwerk could spread it wings in European markets outside Germany where Neato Robotics has an established presence – such as in the UK, France, Italy, Spain and few Nordic markets.

The companies could strengthen their distribution networks in important Japanese and Chinese markets, where Vorwerk has a presence in other consumer segments, but it will require better collaboration and coordination in order to churn out innovations that drive business growth.

It will be interesting to see how the companies – both individually and collectively – work to capture large, fast-growing and highly competitive markets in China and Japan, where competitors have fiercely loyal customer bases.

“However, they will require better collaboration and coordination in order to churn out innovations that drive business growth.

“For its part, Neato Robotics stands to gain much needed additional financial muscle for technological enhancements, to expand its expertise, and to showcase its capabilities in the robotic technology market.”

The robots have arrived

Robotic appliances are increasingly popular with consumers, who have become less skeptical about the overall capabilities and cleaning performance of robotic appliances.

There are many drivers of the growth recently seen in the robotic appliance market, including:

The presence of robot and drone companies at key consumer events and trade shows like CES and IFA is becoming commonplace.

Moreover, the introduction of the latest voice-assistant technologies into robotic appliances is adding incentive for tech-savvy consumers and early adopters of robotic vacuums and other home products.

“However, the market is young, and IHS Markit expects to see more consolidation in the coming years, especially among Asian companies,” says Kithany. “The robots have arrived, and they are here to stay.”