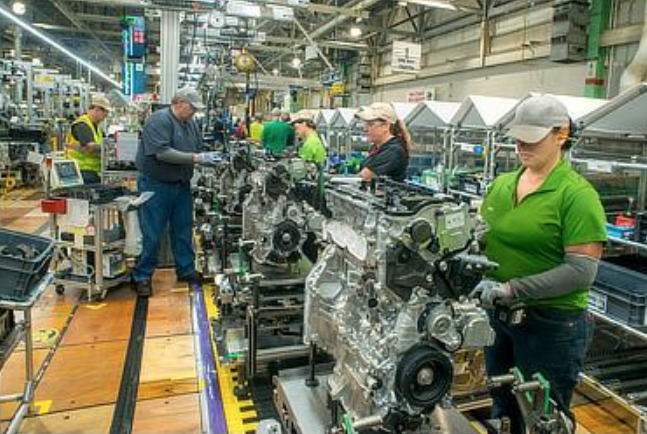 Toyota is to build hybrid powertrains at plants in the US for the first time.

The company claims it has “just upped the stakes” to remain the top manufacturer of hybrid vehicles worldwide.

Its investment in the US will total $373.8 million, spread across five US manufacturing plants.

The investment is to support production of its first American-made hybrid powertrain, and implement what the company calls its “New Global Architecture” at its Alabama plant.

Each of the projects is scheduled to begin this year and all should be operational by 2020.

The additional investments will include:

The Huntsville, Alabama plant will undergo a comprehensive upgrade to enable it to build engines that complement Toyota’sNew Global Architecture.

Jim Lentz, CEO, Toyota Motor North America, says: “This investment is part of our long-term commitment to build more vehicles and components in the markets in which we sell them.

“This strategy is designed to better serve our customers and dealers, and positions our manufacturing operations to fulfill their needs well into the future.”

The 2.5-liter engines manufactured in Kentucky and transaxles made in West Virginia will be used in hybrid vehicles built in North America such as the Highlander Hybrid manufactured in Princeton, Indiana.

Toyota claims to be the world leader in gas-electric hybrids, surpassing 3 million sales in the US and 10 million globally.

Fifty new jobs will be created because of the investment at the Alabama plant, says Toyota.

There will be no net gain of jobs at the Kentucky, West Virginia, or Bodine Aluminum facilities, but these investments will help to ensure the stability of the plants’ employment levels in the future.

“It underscores Toyota’s confidence in the capability and global competitiveness of our North American manufacturing.”

The total investment of $373.8 million will be distributed as follows:

These projects, and others previously announced, move Toyota nearly halfway toward its commitment to invest $10 billion in the US as announced by CEO Akio Toyoda in January 2017.