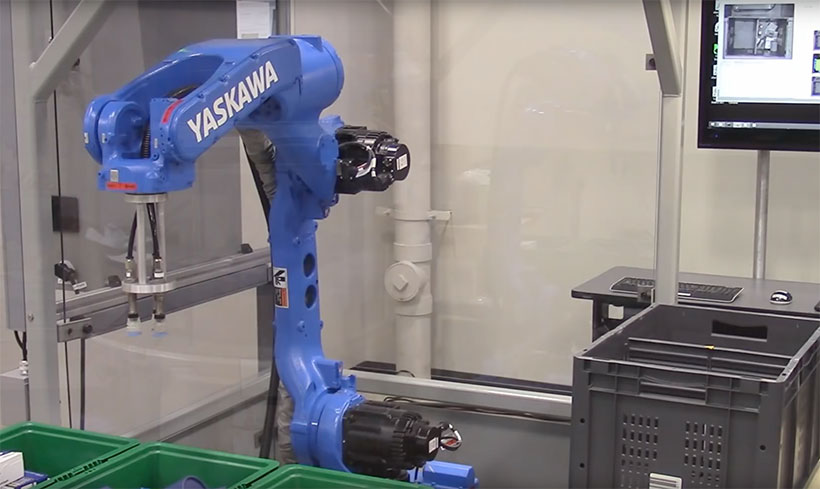 Agricultural Robotics is a consortium of strawberry plant suppliers representing 80 per cent of the strawberry nursery production in North America, producing 500 million plants a year.

The Neocortex software-based systems Universal will provide use Yaskawa industrial robots, and are capable of 3D plant recognition, grasping, and enabling robots to properly pick and pack sorted plants.

The new agreement demonstrates Agricultural Robotics’ intention for Neocortex artificial intelligence software to be an integral part of automation solutions for plant handling in agriculture.

Hob Wubbena, vice president for Universal Logic, says: “Recognizing that no two plants are the same, the solution demonstrates the capability of Neocortex to handle extreme plant variability as well as robot grasping and path planning at high speeds. We are delighted to partner with ARL [Agricultural Robotics].”

The Neocortex system automatically provides final quality assurance by grading the plants. In addition to enabling robotic sorting, it also determines the 3D position in real-time of each plant.

This enables careful, high-speed robotic picking and packing for shipments.

Once fully implemented, the systems will be handling five hundred million plants a year, which is 80 per cent of the North American production.