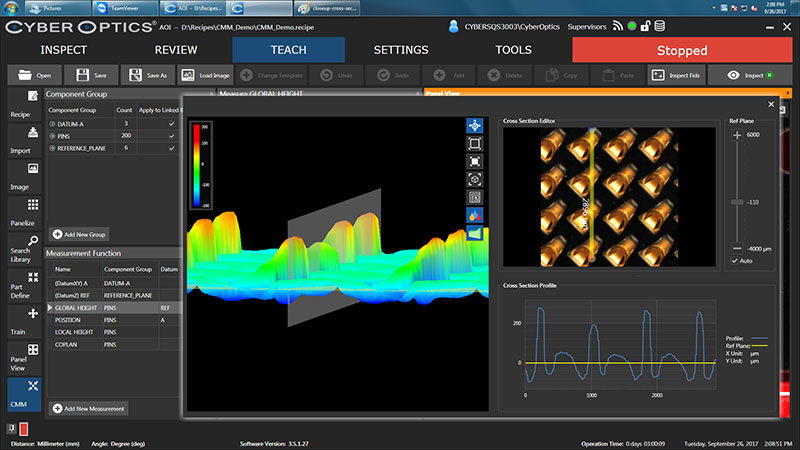 The new system is powered by what the company calls “multi-reflection suppression” technology and CyberCMM, a new comprehensive software suite for coordinate measurement.

CyperOptics says the SQ3000 CMM system is fast and highly accurate – in a lab or production environment – with “repeatable and reproducible” measurements for metrology applications in manufacturing of a wide variety of products such as PCBs, semiconductors and consumer electronics.

And both 3D automated optical measurement and 3D coordinate measurement – “far beyond a pass or fail inspection result”.

“It’s a matter of mere seconds, rather than hours.”

CyberCMM, an extensive suite of CMM tools, provides 100 percent metrology-grade measurement on all critical points much faster than a traditional CMM, including coplanarity, distance, height and datum X, Y, to name a few.

A fast and easy setup can be performed in less than an hour for programming complex applications as compared to a slow, engineering resource-intensive setup that typically requires multiple adjustments with traditional CMMs.

The new high-speed SQ3000 3D CMM, an extension of the MRS-enabled SQ3000 platform deemed best in class, will be demonstrated at productronica 2017, November 14-17 at the Messe München in Germany in Hall A4, Stand 239.