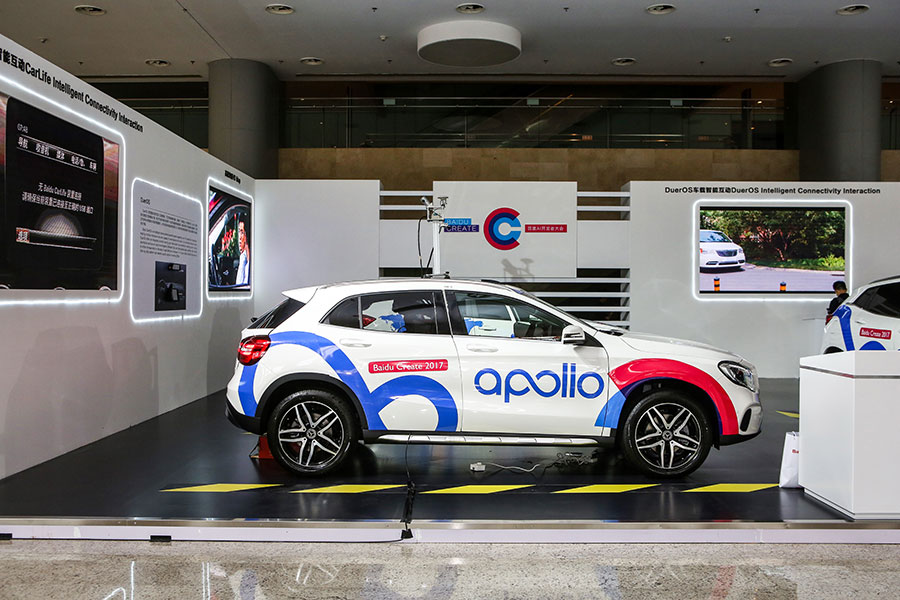 The company’s newly established Apollo Fund will invest in 100 autonomous driving projects in the next three years.

The obstacle perception capability enables vehicles to accurately identify obstacles during both day and night.

With the planning capability, vehicles can plan the correct driving path and make optimal driving decisions.

The cloud simulation system on Apollo is the only platform that provides open, built-in HD maps tailored for autonomous driving.

Based on large-scale cloud computing capacity, Apollo has a vast amount of real traffic data in China, and has a virtual running capacity of 1 million kilometers per day, says Baidu.

Baidu says Apollo is widely regarded as the “Android of the auto industry”.

First announced in April, Apollo is an open platform developed to provide a comprehensive, secure, and reliable all-in-one solution that supports all major features and functions of an autonomous vehicle.

Its first iteration, Apollo 1.0, with capabilities enabling vehicles to do autonomous waypoint driving in enclosed venues, was announced in July at Baidu’s inaugurate AI Developers Conference in Beijing.

Over the past 2 months, Apollo has seen dozens of code updates each week and the addition of more than 65,000 lines of new code.

At the same time, Apollo has received a positive response from global developers.

Many of those partnerships have already begun to bear fruit. Baidu has signed over 50 cooperation agreements with Apollo partners on mass production or joint product development plans.

At an event yesterday, Baidu and Velodyne, a developer of lidar – light detection and radar – sensors, jointly announced that Velodyne will provide Apollo ecosystem members with priority access to product information, technical support as well as a shorter lead time to product purchase.