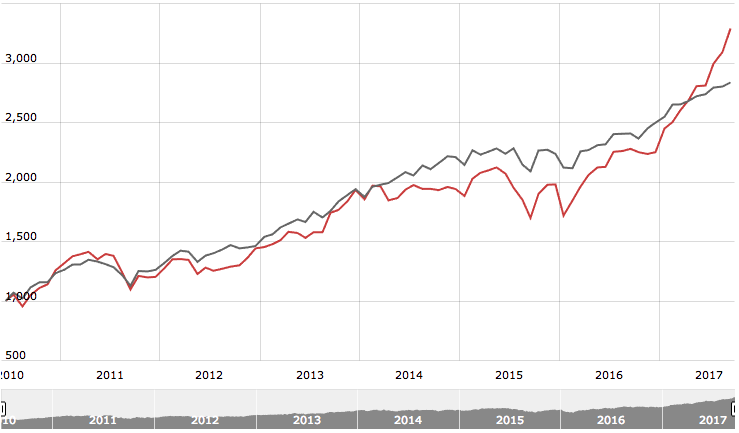 The company says Botz has received considerable interest from investors in its first year, having surpassed $450 million in assets under management.

According to data from ETF.com, by reaching $450 million, Botz has become one of only eight ETFs launched since January 1, 2016 to achieve this milestone.

Botz has seen accelerated growth in recent months, with Global X announcing on June 12, 2017 that the ETF had reached $100 million in assets by the end of May.

Botz says it offers investors access to a rapidly emerging technological theme of the application of robotics and artificial intelligence around the globe.

The robotics industry is expected to grow 10 per cent per year, to more than $80 billion in market size by 2020.

Botz currently has a global focus with more than 70 per cent of its exposure coming from outside of the US, including over 45 per cent coming from Japan.

Jay Jacobs, director of research at Global X, says: “While the robotics & AI revolution is a long term theme that we believe will continue to play out over decades, industries across the globe are already embracing these technologies.

“Industrial manufacturing was among the first sectors touched by this burgeoning technology, but health care, defense, agriculture, and consumer products are all starting to adopt robotics and AI at an increasingly rapid pace.

“We brought Botz to market to offer investors an efficient tool to access this technological revolution, and we’re pleased to see that the market has been receptive.

“As we continue to watch these emerging technologies change the world around us, we’re excited for what the future has in store.”