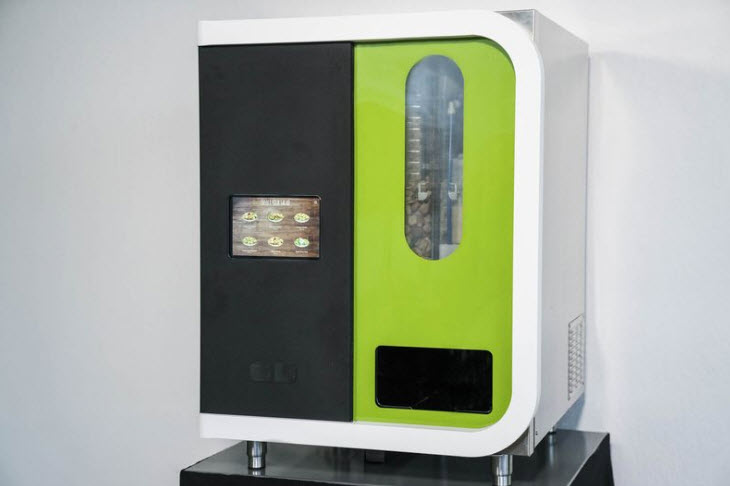 Chowbotics is gearing up for a major marketing push to find space for its salad-making robot in every home in the world – and maybe quite a few catering businesses too.

The company – which manufactures a salad-making robot called Sally (main picture) – is expanding its operation and hiring new people. A key recent appointment is Dorothy Cudia as vice president of engineering.

Cudia was also vice president of automation for the Middleby Corporation, where she was building out a vertical around robotics and food, targeting potential acquisitions for the largest food equipment manufacturer in the world.

“She is a longtime advocate for change and innovation, which increase performance, quality and profit.”

Chowbotics was founded by Deepak Sekar, an inventor with more than 100 patents, and he is also the company’s CEO.

Another notable employee at Chowbotics is Rich Page, an Apple Fellow who joined Steve Jobs as co-founder and VP at NeXT, the company Jobs founded between stints at Apple. Page is executive chairman at Chowbotics.

Kitchen automation is probably the next big thing, judging by Chowbotics’ success so far, and by the success of another product from another company.

RotiMatic (pictured above), a small appliance that looks like a blender, can make chapattis and rotis, which are flat bread popular with people from the Indian subcontinent – and elsewhere.

The RotiMatic was launched about three years ago, and every initial production run sold out. Now, the company, which started by winning a UC Berkeley competition, has gone worldwide and claims its machines have made almost 6 million rotis so far.