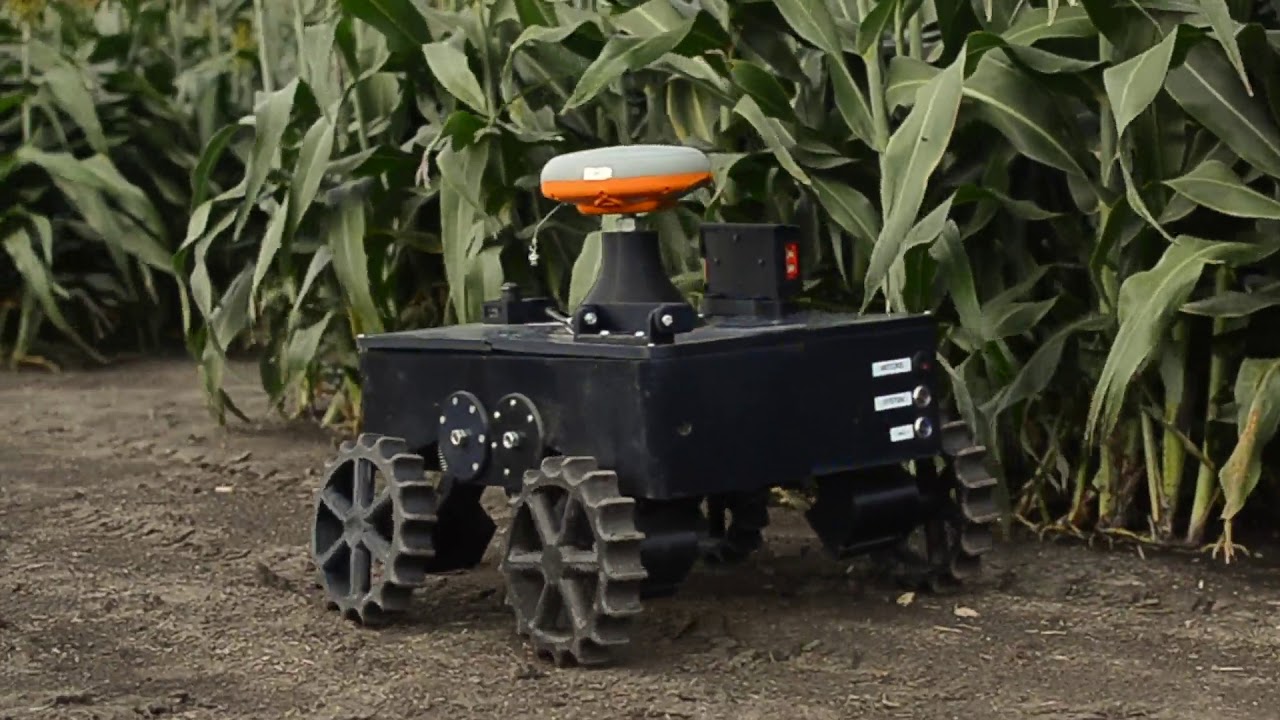 Scientists at the University of Illinois, in the US, have presented agricultural robot technology which they say can save significant amounts of time and money in farm labour costs.

The TerraSentia mobile robot for precision agriculture is being marketed by a startup company called EarthSense, presumably a spin-out from the university.

Developed with support from the Advanced Research Projects Agency – Energy, the TerraSentia costs $5,000.

EarthSense says this is a “fraction of the cost of hiring laborers to measure germination, conduct stand counts, and other monotonous jobs”.

The company has filed a patent for its phenotyping robot. Phenotyping is the process of predicting an organism’s phenotype using only genetic information collected from genotyping or DNA sequencing.

The developer of the robot, Girish Chowdhary, is a professor of agricultural and biological engineering, and is the co-founder of EarthSense.

The professor envisions a fleet of TerraSentia robots roving fields doing simple tasks that will free up precious human capital to work on the big picture.

“What would take a team of researchers tromping through fields with tape measures and other tools to do in several days, our robot can do in several hours.”

The small robot weighs less than 15 pounds and is 11 inches wide, so it would fit in most crop rows. At 8.5 hours per charge, the robot’s battery lasts a full workday, says EarthSense.

TerraSentia can be further customized with GPS to enable autonomous navigation and custom mounts for additional sensors including multi-spectral cameras, hyperspectral cameras, stereoscopic and structured light cameras, and lidar – light detection and radar.

The Terra-Mepp – which looks similar to the TerraSentia – would include visual sensors, an app and a tablet for operation.

Mepp is short for mobile energy crop phenotyping platform. The Terra-Mepp, which may actually be an iteration of TerraSentia, will also cost $5,000.

The current version Terra-Mepp is a prototype, say its makers, and a future, narrower version may be developed to fit between narrow row widths.

Chowdhary is confident of the machine’s potential. “We think this robot will make drive-by farming history,” he says. “This robot will be able to go inside your crop (field) and tell you (information) while you sit with coffee and analyze if you need to call someone.”

“We are starting to do [crop] disease detection as well,” says Soman, noting the robot’s ability to be inside the plant canopy.

Soman adds: “Our philosophy is growers first,” Chowdhary responded when asked about marketing.

“Individual farmers who are interested, we would love to come to talk to you and run it on your fields.”

Chowdhary says: “Our long-term dream is for several robots that would stay out in the fields. There would be a charging station. And they would report data to you.”