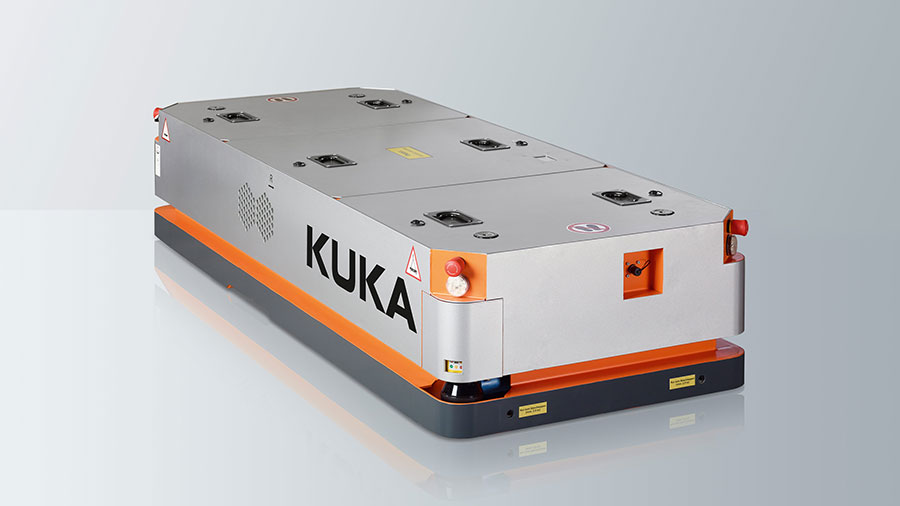 Kuka has launched an autonomous logistics robot in the form of a mobile platform which are by now quite familiar in the logistics industry.

It adds that the robot is highly flexible, and features precise maneuverability and positioning using the omni-directional mecanum wheels and an accurate lifting mechanism.

Kuka says the KMP 1500 is the company’s answer to the increasing demand of production departments for shorter response times and greater flexibility in their manufacturing concepts.

So, the company is not only looking at the logistics sector as a possible market, it is probably thinking that the intralogistics operations within large manufacturing companies could be the first place to go.

Part of the reason for this is Kuka’s link to Midea, the household appliances giant – manufacturer of washing machines and such – which is effectively Kuka’s parent company.

Midea would probably have plenty of jobs for Kuka’s new mobile moving robot to do.

The KMP 1500 does not require predefined routes and rigid processes, says Kuka, as they are “a thing of the past in the factory of the future”, according to the company.

Autonomous logistics robots are expected to mostly, or totally, make decisions themselves based on the environment they find themselves in. Otherwise, they might not be cost-effective.

This is why Kuka says it develops intelligent, autonomous vehicles that supply materials to robots and machines with “perfect timing”.

The KMP 1500 makes flexible production possible to an extent that has been unimaginable before, adds the company.

The KMP 1500 is an autonomously controlled platform that integrates seamlessly into the production process, says Kuka, adding: “The vehicle is also excellently suited to the matrix body shop.”
The KMP 1500 is designed to independently and autonomously handle the transport of the products through all process steps.

This production concept from Kuka is intended to enable industrial companies to optimize their logistics management.

“The KMP 1500 provides cost-effective support for your warehouse organization or between manufacturing processes – and is used only as needed,” says Kuka.