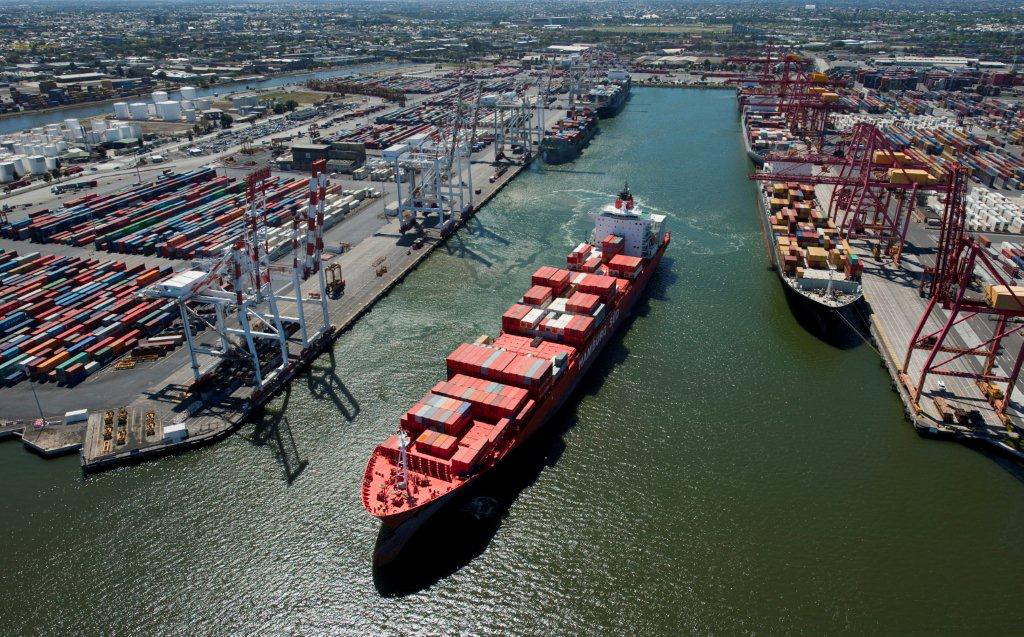 The Port of Melbourne is the site of what is said to be the world’s first fully automated container handling terminal.

The system was developed and delivered by Kalmar, part of Cargotec, and Navis, part of Kalmar Business Area within Cargotec.

The automation solution is called OneTerminal, and was supplied to International Container Terminal Services Incorporated at the Port of Melbourne, Australia.

Kalmar says OneTerminal provides an integrated automation solution, delivered by one team, bringing together Kalmar and Navis software systems, equipment and services for a seamless deployment.

The deployment was completed ahead of schedule, making Victoria International Container Terminal “the world’s first fully automated international container handling facility”, according to the companies involved.

Melbourne’s newest container terminal, VICT is located north of Port Phillip Bay at the mouth of the Yarra River in the Port of Melbourne’s Webb Dock East.

The 35-hectare terminal has an annual capacity of one million plus 20-foot equivalent units (TEU), and an additional 400,000 TEUs on full build.

VICT has a straight berth of 660 meters, which can accommodate two large vessels with capacities of up to 8,000-12,500 TEUs at once.

Christian Gonzalez, VICT chairman and senior vice president of ICTSI’s Asia Pacific region, says: “VICT was designed, and is now equipped, to be fully automated, making it the most advanced container terminal in the world.

“We chose Kalmar’s cutting-edge technology and equipment and Navis’ software and it is enabling us to reach the highest standards of port safety.

“The project was completed on budget and ahead of schedule. This has never been achieved in the port industry for a fully automated terminal.

“It is especially noteworthy when considering the unprecedented complexity of the civil works requirements, along with the level of pioneering automation governing the design.”

Additionally, Kalmar provided a range of project services required to deploy and support the solution.

Tero Kokko, senior vice president, Kalmar automation and projects, says: “Since signing the contract with VICT in August 2014, we have worked hard to complete the project ahead of schedule and to the full satisfaction of the customer.

“With our complete end-to-end automation system at Kalmar’s Technology and Competence Centre in Tampere, Finland, and the multi-assembly units in China and Poland, we were able to deliver our equipment months ahead of schedule.

“The software solution combining Kalmar TLS and Navis N4 Terminal System was pre-integrated and tested before the delivery, speeding up the deployment.

“This project exemplifies our strong cooperation globally between the Kalmar and Navis teams and our local team in Australia.”

Mark Welles, VP and general manager of Asia Pacific at Navis, says: “Our team’s tireless efforts and knowledge have been instrumental in taking VICT from greenfield to fully automated and operational more quickly than expected.

“The N4 Terminal System will allow VICT to optimise operations, speed turnaround times and deliver a new level of unprecedented efficiency in key areas of the terminal.

“Throughout the highly complex implementation, the Navis and Kalmar teams have served as not only technology partners, but trusted advisors with a commitment to helping the terminal achieve greater optimisation and provide unmatched service for their customers.

“We are invested in the success of VICT and under OneTerminal, we believe it will demonstrate the full power of our software and the equipment.”