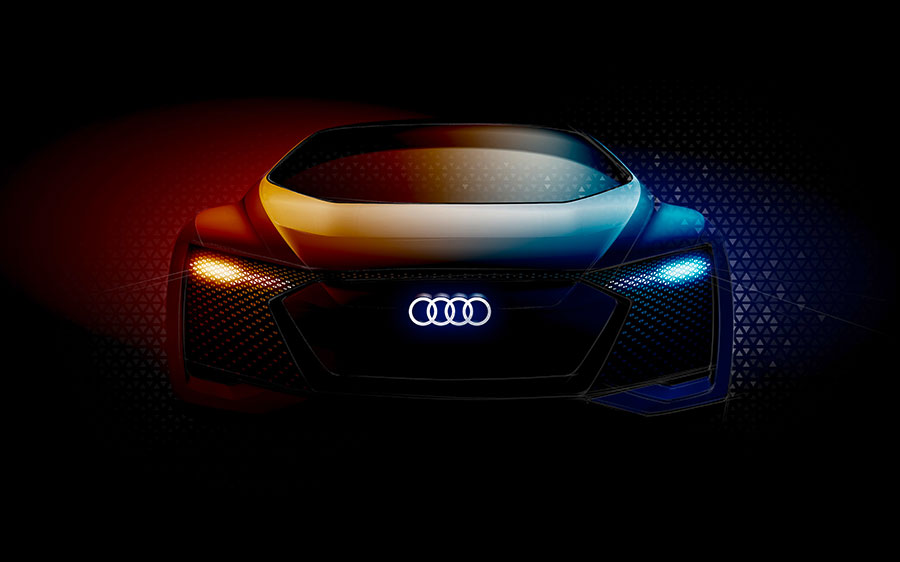 Level 3 is what is called “conditional automation” on the SAE’s five levels of automation. It means the car can manage itself but can notify the human driver when they are required to intervene.

Audi says that, as well as A8 incorporating conditional automated driving at level 3 as standard, two concept cars will also be demonstrating the Audi vision for level 4 and level 5 – which is full automation, or self-driving.

The new cars also provide insights into the brand’s future Audi AI technologies. Other production models – from sporty to efficient – round off the motor show presence of the brand.

Audi says the new A8 is “the world’s first” volume-production car to be designed for conditional automated driving at level 3 in accordance with international standards.

On highways and multi-lane motorways with a physical barrier separating the two directions of traffic, the Audi AI traffic jam pilot takes over the driving task in slow-moving traffic up to 60 km/h (37.3 mph).

The system handles starting from a stop, accelerating, steering and braking in its lane.

If the driver has activated the traffic jam pilot at the AI button on the center console, they can take their foot off the accelerator and their hands off the steering wheel for longer periods.

Unlike at level 2, they no longer need to monitor the car permanently and, depending on current national regulations, can turn to other activities supported by the on-board infotainment system.

However, the driver must remain alert and capable of taking over the task of driving when the system prompts them to do so.

The Audi artificial intelligence traffic jam pilot is based on two technologies, which Audi claims to be the first manufacturer anywhere in the world to incorporate as standard:

Introduction of the Audi AI traffic jam pilot requires both clarity regarding the legal parameters for each country and specific adaptation and testing of the system.

Moreover, varying worldwide homologation procedures and their deadlines must be observed.

For these reasons, Audi will initiate series production of the traffic jam pilot in the new A8 incrementally, depending on the legal situation in the respective country.

Based on the Audi e-tron Sportback concept, it adopts the concept’s dynamic lines, the progressive lighting technology, the functionally elegant interior and the electric quattro drive with three electric motors and a combined peak output of 370 kW.

A new highlight of the study are intelligent technologies which reduce the driver’s workload and open up many opportunities for spending time in the car pleasantly and usefully.

These systems are summarized under the term Audi AI and, in many cases, use strategies from the field of artificial intelligence and machine learning.

They are networked seamlessly with the cloud and with other vehicles (car-to-X) – giving them the capability to learn and think in a proactive and empathetic way.

These systems are designed to give the driver more time, more safety, more efficiency and more customization.

For highly automated driving at level 4 the SUV coupé uses a next-generation zFAS, which provides information for the highway pilot which can take over the driving task at speeds up to 130 km/h (80.8 mph) and automatically change lane.

The second Audi concept car for the IAA is “heading autonomously into the future”, says the company.

It offers its occupants “entirely new freedoms where they no longer have to concentrate on road traffic”.

Passengers can use the extra time on something other than driving, says Audi.

Audi says the show car combines many new features in the area of connectivity, communication and operation, which make traveling “extremely comfortable”.

The new concept car from the Ingolstadt-based automaker is designed primarily for long journeys. It is powered by four electric motors.