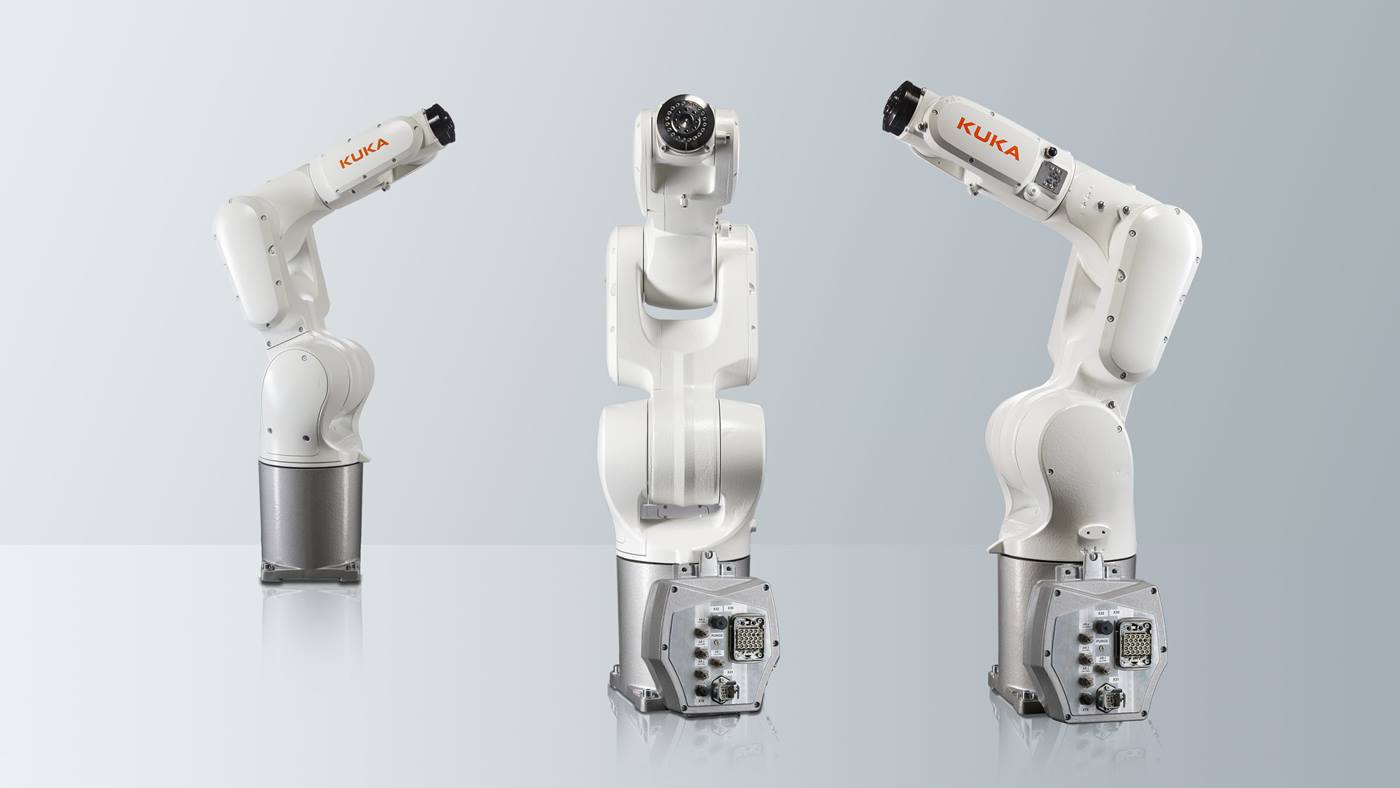 Kuka says it is working on innovations and improvements which will lead to the replacement of its entire Agilus range by the end of this year.

But Kuka has now further developed the KR Agilus sixx.

And, with effect from the end of the year, the next generation of the KR Agilus will be replacing all standard variants of the small robot.

Each of the new KR Agilus robots meets the requirements of protection rating IP67 so is protected against water spray, says Kuka.

For applications with lubricants or coolants, there will still be a special waterproof variant.

The other variants, such as Cleanroom, Atex protection – for potentially explosive environments – and Hygienic Machine are also still available.

Like the KR 3 Agilus, the new KR Agilus will also be supplied in white. As in the past, other colors can also be implemented on request.

Kuka says white is the color that best enables the robot to blend into the production environments of its primary target market: the electronics industry in Asia.

Kuka says the small robot will still be of interest to customers in general industry worldwide because it stands for its speed and precision.

As the big brother of the KR 3 Agilus, the new KR Agilus will feature a payload capacity of six or 10 kilograms. Its reach ranges from 700 to 1100 millimeters.

The small robot can be installed on the floor, the ceiling or the wall. Like the first generation of the KR Agilus, the second generation will also be equipped with the Kuka KR C4 compact controller.