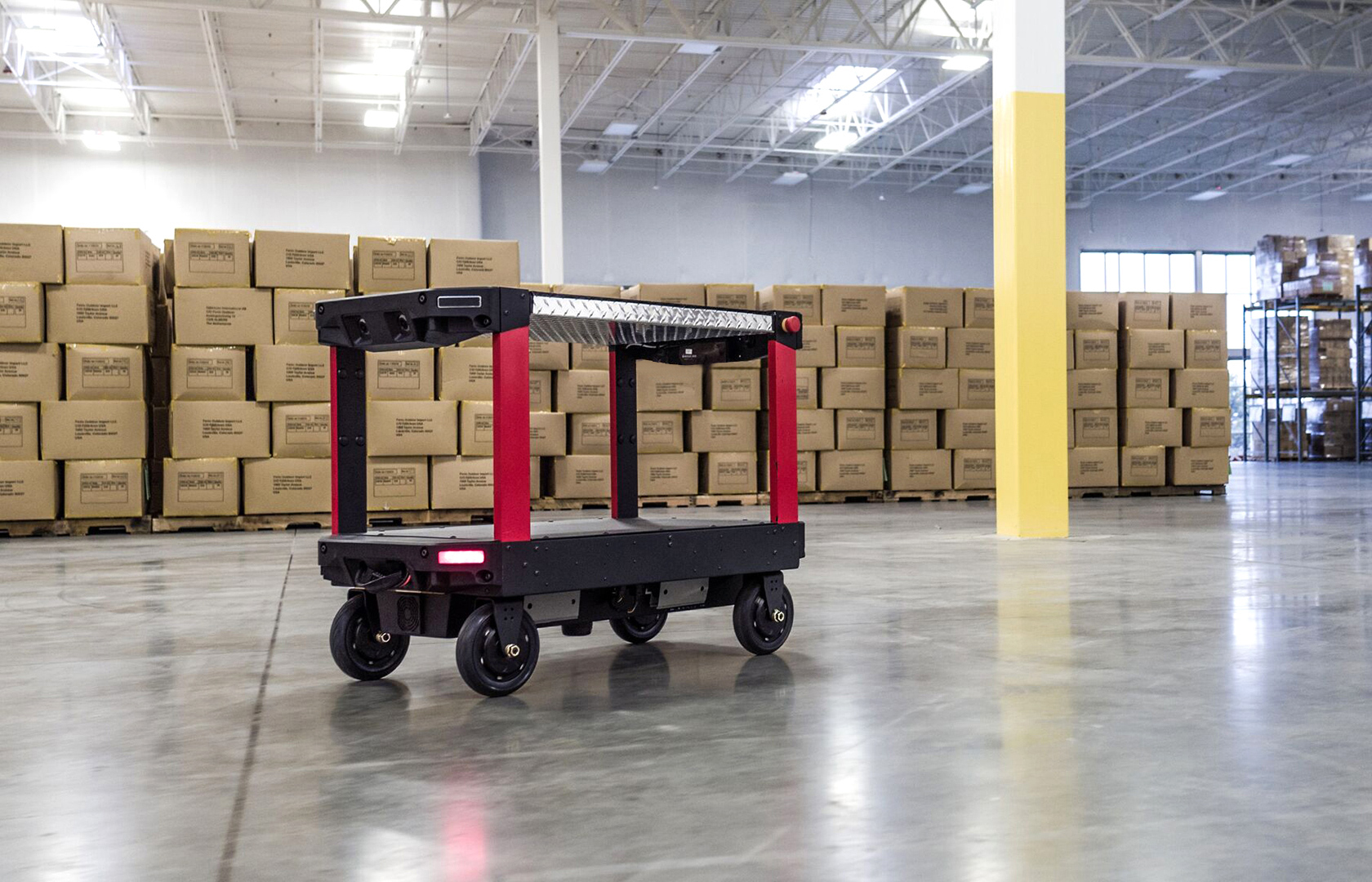 A company called Canvas Technology has launched what it claims is the world’s first self-driving industrial cart.

Canvas says its carts are also the first self-driving vehicles to use 3D vision to map and navigate dynamic indoor workplaces.

Canvas says its autonomous carts are simple but highly sophisticated autonomous transport vehicles designed to automate one of the most cumbersome, wasteful, and prolific human tasks in the workplace: moving materials from one place to another.

Using computer vision, Canvas claims its machine is the only commercial self-driving vehicle capable of hands-off operations in highly changing and unstructured environments.

By using cameras to map, localize and plan, it sees its environment in rich 3D – enabling intelligent and safe behavior indoors or out, and in GPS-denied environments.

A wide variety of companies from ecommerce to manufacturing are looking for solutions to improve efficiency, speed and transparency.

Canvas Carts move through their environments independently, require no infrastructure, and need no maps created for them.

Instead, they continuously map their environment to enable hands-off operations in even the trickiest of workspaces, says the company.

“And the system can be up and running in less than 60 minutes, significantly improving processes without a large investment of time or manpower.”

The carts are powered by Canvas Autonomy, a platform that transforms vehicles into intelligent machines.

Canvas Autonomy consists of the compute, algorithms, and sensors necessary to power a wide variety of autonomous mobile devices such as wheeled robots and drones.

Canvas enables a fleet of robots to navigate intelligently while sharing their real-time 3D maps, a technology breakthrough that enables the robots to learn from each other and adapt as the environment changes around them.

The Canvas vehicle fleet can be controlled from a simple web application where users can create stopping points and set up routes with a few clicks.

The company says automation is now critical for manufacturers and warehouses due to mass customization and ever-shrinking delivery time expectations.

According to the Robotics Industry Association, 2 million manufacturing jobs are expected to go unfilled in the next 10 years due to a labor skills gap, making it increasingly difficult to respond to market demands.

The Canvas Autonomous Cart system is already deployed in workplaces across the United States, says the company.