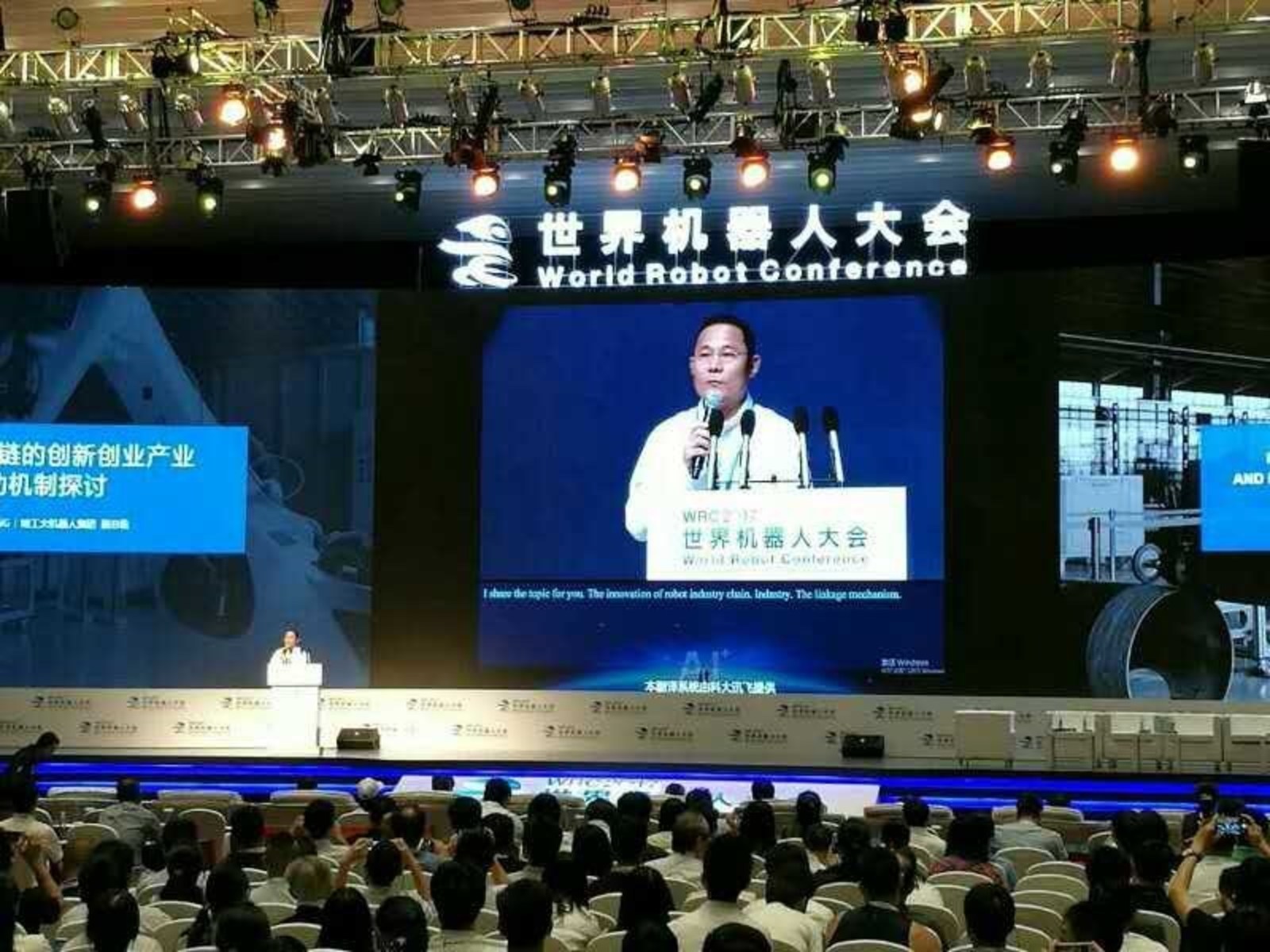 HIT Robot Group, one of China’s leading robot manufacturers, unveiled more than 50 products and introduced its vision to build the “Robotics Biosphere” at the 2017 World Robot Conference in Beijing.

The company announced that it has successfully laid the groundwork of a unique biosphere for global robotic innovation, entrepreneurship and industry.

In his keynote speech at WRC, the company’s senior vice president Yu Zhenzhong said: “HRG Robotics is committed to building an industrial incubation platform that encompasses the robotic sector as a whole so as to realize optimized integration of all resources based on industrial layouts.”

He added: “In order to deliver on this commitment, HRG Robotics is establishing a system that will provide strong support for start-ups in the form of financial services, R&D, IP services, talent development, market research and consulting as well as branding and design.”

The company said its “all-star lineup” covers HRG Robotics’ diversified portfolio including industrial robots, service robots and intelligent devices, and stands as a full demonstration of the company’s expertise in offering smart robotics solutions to clients.

This essential device for the production of robots’ reduction gears is the first self-innovated five-axis computer numerical control machine that offers parts processing with high precision at a micron level and has long-term stability.

The conference also saw the company’s launch of the very first learning application for industrial robotics in China. Named Haidu Academy the app is now available for both Android and iOS.

It offers a staged system that targets students at various learning levels, marking a step forward for HRG Robotics in the advancement of nurturing robotics talent.

HRG also says its brand-new collaborative robot, T5, has also become a hit. The product can be adapted to varying demands in sectors like machining, food and drugs, and auto production, completing missions including transfer, sorting, packaging and more.

During the event, HRG Robotics signed agreements with three other partners including Shanghai ABB for cooperation on industrial automation. The company will share key R&D expertise with ABB to jointly advance industrial upgrading so as to contribute their parts to the realization of China’s government’s manufacturing strategy of “Made in China 2025”.