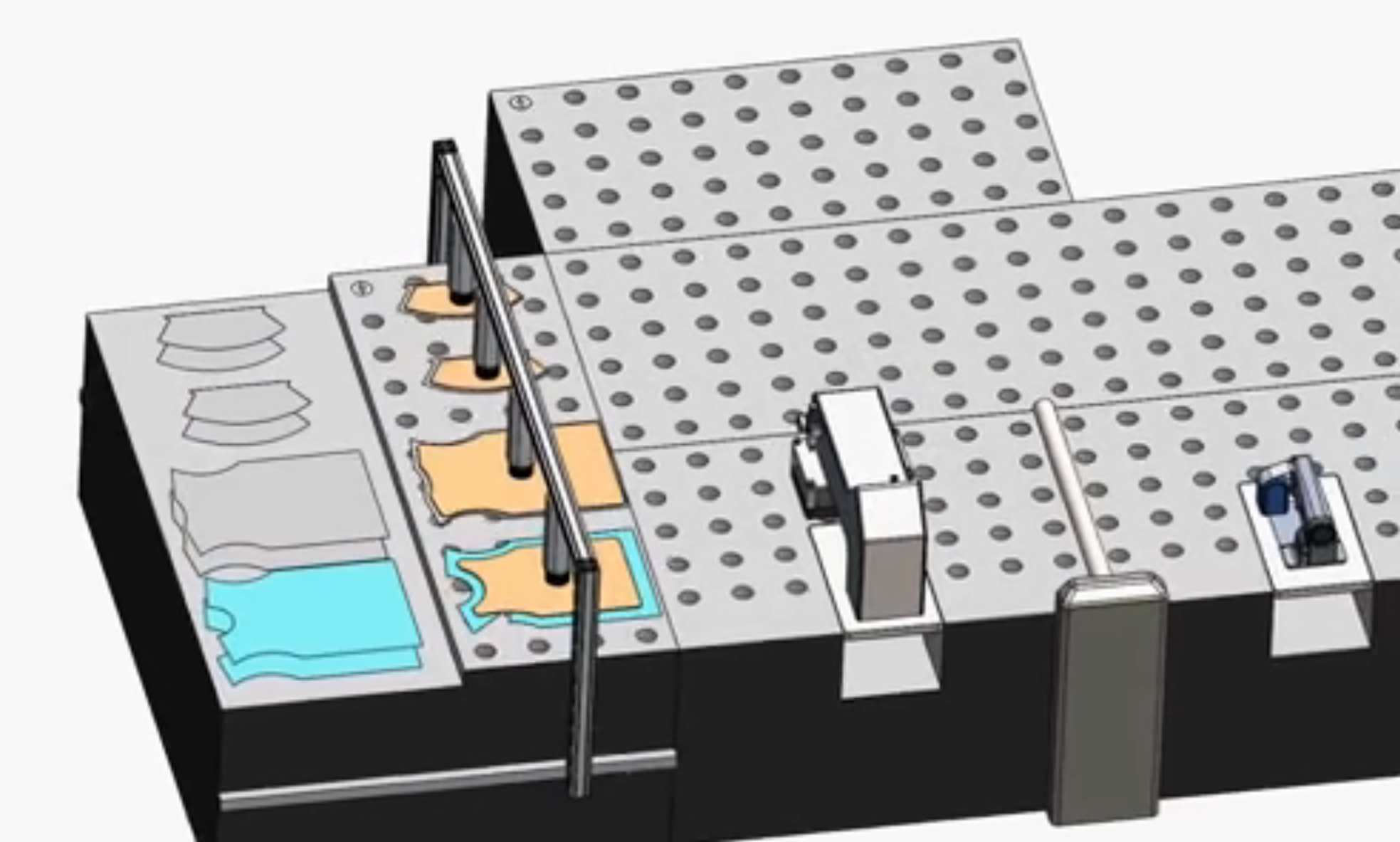 The automation machines available to the textiles industry today can be used in many parts of the process, from cutting to overlocking and so on, but the main thing they cannot yet do with equivalent skill is sewing.

Sewing is a complex task that still requires a human to operate a mostly mechanical sewing machine, which has relatively limited automation.

However, a company called Soft Wear Automation has been developing automation systems for the textiles industry for many years and it looks like it’s now finding some large customers.

Several large manufacturers of garments are working with Soft Wear to develop robotic sewing systems which may be capable of threading together items much faster and to a higher standard than humans could.

In comments to InnovationInTextiles.com, Soft Wear CEO Palaniswamy Rajan says the company will be shipping its first fully automated production line – to a company called Tianyuan Garments – within the next two years.

Initially the system will be used to make T-shirts, but will be developed further to enable the production of more complex garments.

Rajan tells InnovationInTextiles.com: “After T-shirts, we anticipate moving into polos, jeans, and other staples.

“We are expecting to move deeper into activewear while also looking at other areas of the industry from casual pieces like jeans and polos to basic dresses and classic dress shirts.

“Tianyuan will be using our Sewbots alongside other more traditional means of construction to manufacture 800,000 T-shirts per day. As for our work line, one is projected to produce 1.25 million shirts per year working 365 days per year.”

Tianyun is a large company supplying some of the most famous brands in the world, including Adidas.

It recently acquired a plant in Little Rock, Arkansas and is likely to increase production in the US, knowing that – if the robotic sewing systems can do their jobs – there will be less requirement for expensive human labour.

“We will install 21 production lines. When fully operational, the system will make one T-shirt every 22 seconds. We will produce 800,000 T-shirts a day for Adidas.”

And while the cost of hiring a human worker in the US might be relatively high, robotic sewing systems are probably even cheaper than human workers in Asia.

As Tang says: “Around the world, even the cheapest labor market can’t compete with us. I am really excited about this.”

Soft Wear is still developing the robotic sewing system, which it calls Sewbot, and some significant challenges probably exist – shoulder stitching, for example, is not easy.

However, a large number of sewn products require simpler, straigher stitching, such as pillows, mats, mattresses, towels and some bags – all of which Soft Wear has developed, or is developing, robotic sewing systems for.

Moreover, the company is backed by organisations such as Darpa, the Walmart Foundation and Georgia Tech, among others, and has raised funding of more than $10 million.

The reason why Darpa may be interested is that the US has a law that requires the military to procure clothing from companies inside the country.