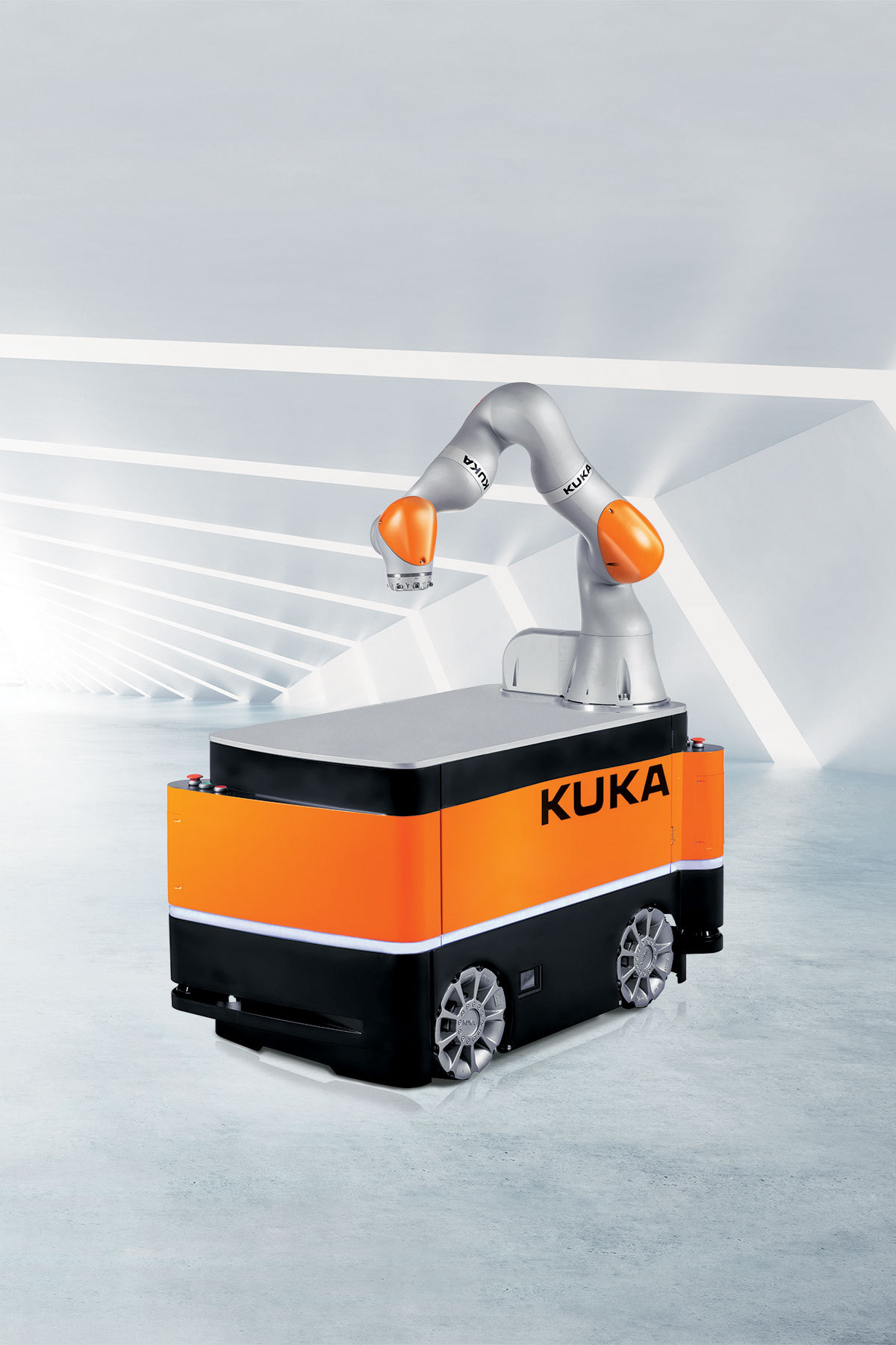 Kuka is expected to make its mobile collaborative robot available to more factories, partly as a result of its takeover by Midea, the Chinese home appliances manufacturer.

Midea has many large factories where a mobile robot which can also pick and place objects would be very useful.

Kuka’s collaborative robot is called iiwa, and it’s already in use at various large companies, including automotive giant BMW.

But in most locations, including BMW, the iiwa is used for tasks where it is required to stay fixed in only one location.

The addition of an autonomous platform makes iiwa mobile so it can be used in a number of different settings, most likely logistics.

Kuka showcased its innovation at Automate 2017 Chicago recently, under its KMR badge.

Kuka says KMR, an acronym for Kuka Mobile Robotics, indicates the company’s expertise in freeing industrial robots from their traditionally permanent factory floor mounts in a safe and intelligent way, making them more flexible and functional than ever before.

The KMR iiwa is a combination of Kuka’s lightweight, collaborative LBR iiwa robot with the KMR mobile platform featuring our unique mecanum wheels with nearly infinite degrees of 2D freedom.

It acts as the “third hand” of the operator working directly with humans, without the need for safety fencing.

The “intelligent helper” for industrial environments makes it possible to automate delicate and complex automation tasks in which the use of robots was previously inconceivable, adds Kuka.

In addition, official Kuka system partner, Eagle Technologies, has developed solutions based on the iiwa.

The Eagle Universal Base, for example, consists of two parts, the base, which is generic but customizable to customer plant standards; and the fixture, which is customer program specific and 100 per cent tooling.