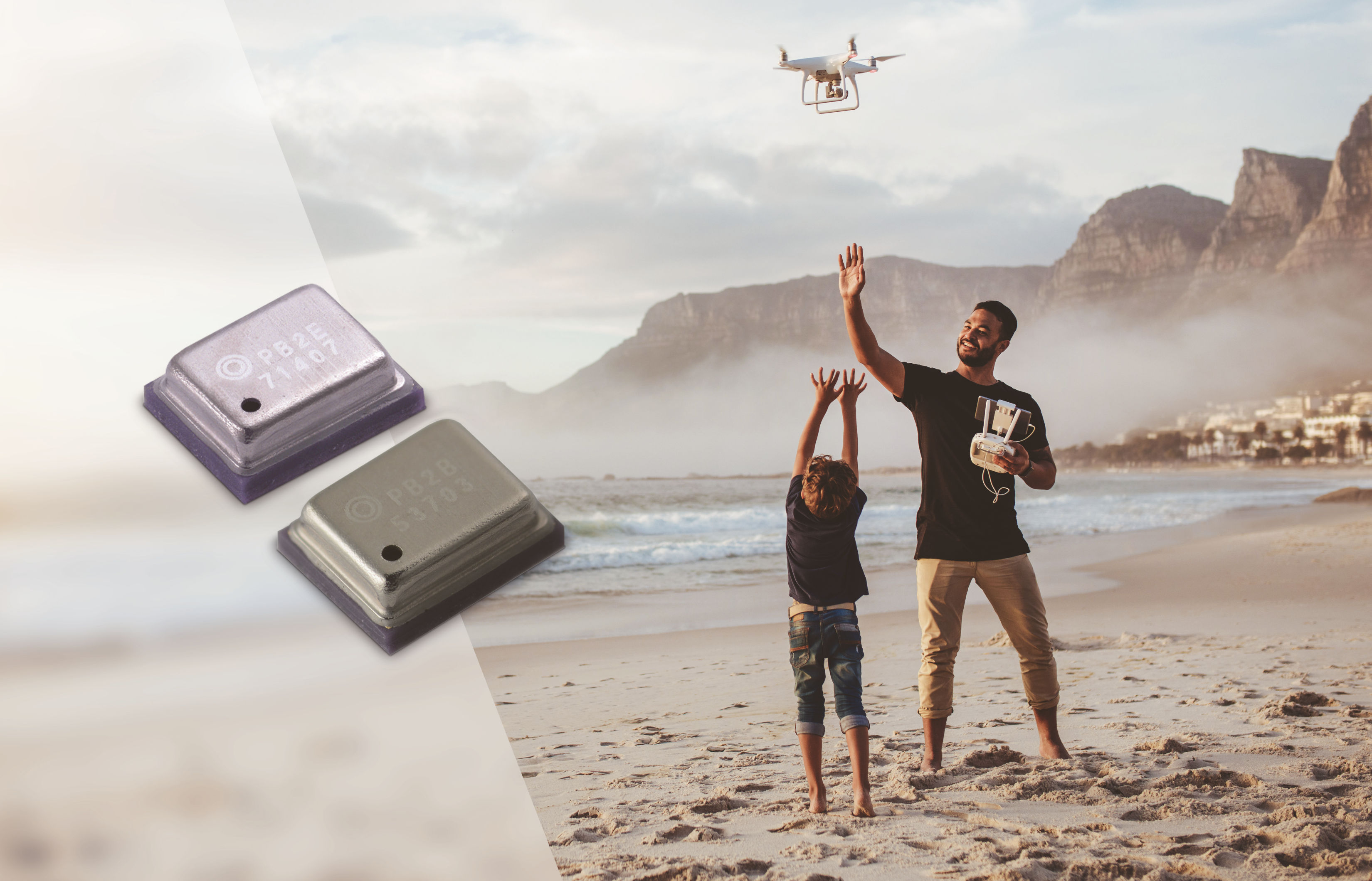 The new Omron 2SMPB-02B and 2SMPB-02E sensors provide stable and reliable height and pressure measurements, says the company, allowing changes in elevation of as little as 2 metres to be reliably recorded.

Developed as an evolution of the successful blood pressure gauge, the new sensors have been specifically remodelled for mobile applications and are smaller at just 2.0 x 2.5 x 0.85mm in size.

Due to innovations in the production process and Omron MEMS technology, the devices are very competitively priced.

The new barometric sensors measures pressure with high accuracy based on the built-in low noise 24bit ADC and feature digital control and output via I2 C / SPI interfaces.

Both automatically power down non-working circuits to minimise the power consumption.

Individual calibration parameters are stored in One Time Programmable-ROM, and are retained when the system is powered down.

Gabriele Fulco, Omron sensors product manager for Europe, says: “These easy to use sensors are perfect for the growing variety of wearable, handheld and mobile battery powered applications and have low power consumption making them optimal for smart phones, tablets, pedometers and drones.

“Usually MEMS sensors are affected by assembly stress, but because these sensors have a ceramic substrate and a metal lid, there is much lower parameter shift during assembly.”

Both sensors are configured to measure the pressure of air between 30 kPa and 110 kPa. Maximum pressure is 800 kPa and the sensors can be used at temperatures of -40 up to 85 Celsius without condensation or icing.

The sensors have a pin layout that is compatible with alternative solutions on the market, simplifying integration.