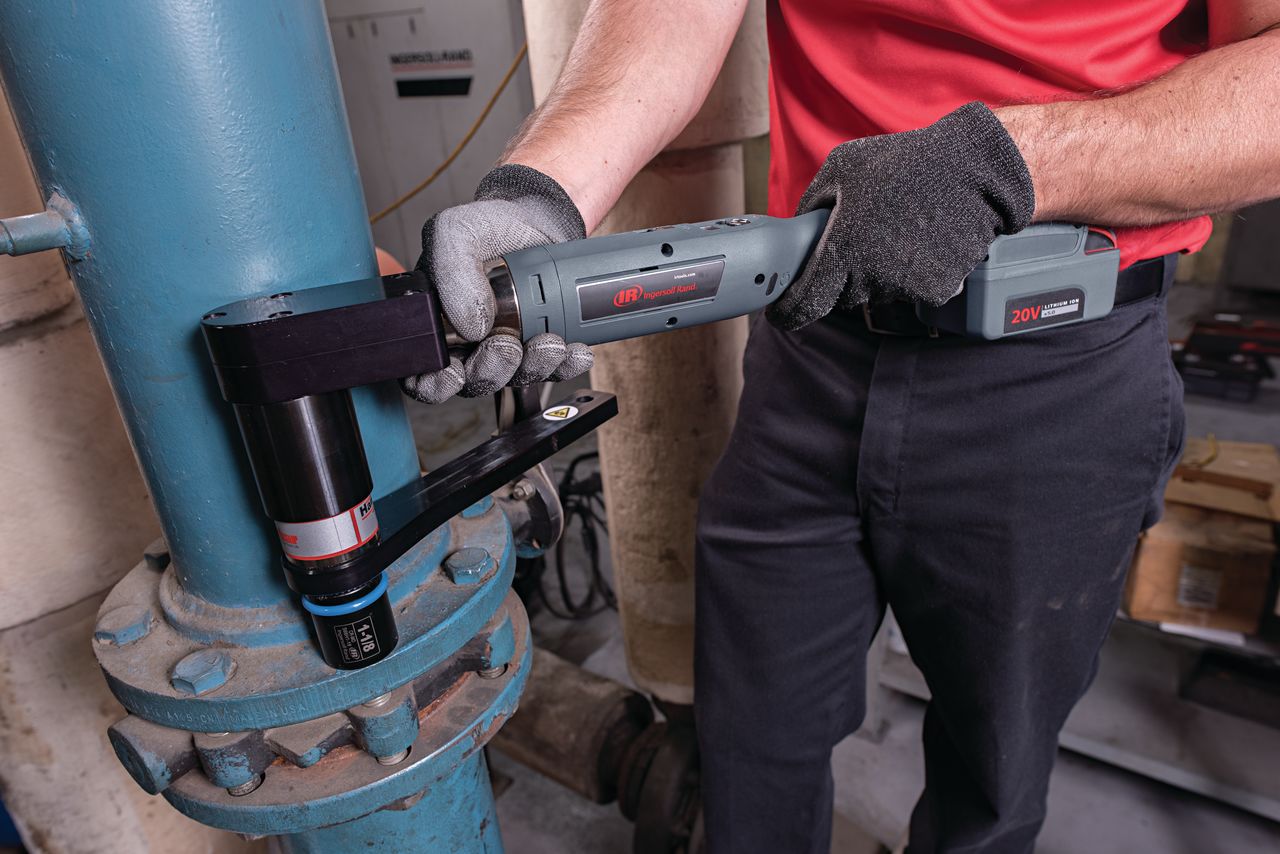 Ingersoll Rand has launched the QX Series Cordless Torque Multiplier – a high-torque fastening tool for industrial applications that achieves up to 2000 Nm of torque.

“In these high-performance industries time is valuable. The QX Series Cordless Torque Multiplier replaces manual, inaccurate fastening methods with a traceable method that is quicker and more effective.”

To meet heavy-duty fastening needs, the QX Series Cordless Torque Multiplier has a brushless motor paired with a premium gearbox to generate 160 times the torque of a standard QX Series tool.

The tool is available in five different combinations of torque and speed capability, ranging from 40 to 2000 Nm and 5 to 45 revolutions per minute.

At the heart of the Torque Multiplier is the Ingersoll Rand closed-loop transducer, which is the key to delivering torque precision, accuracy and traceable results.