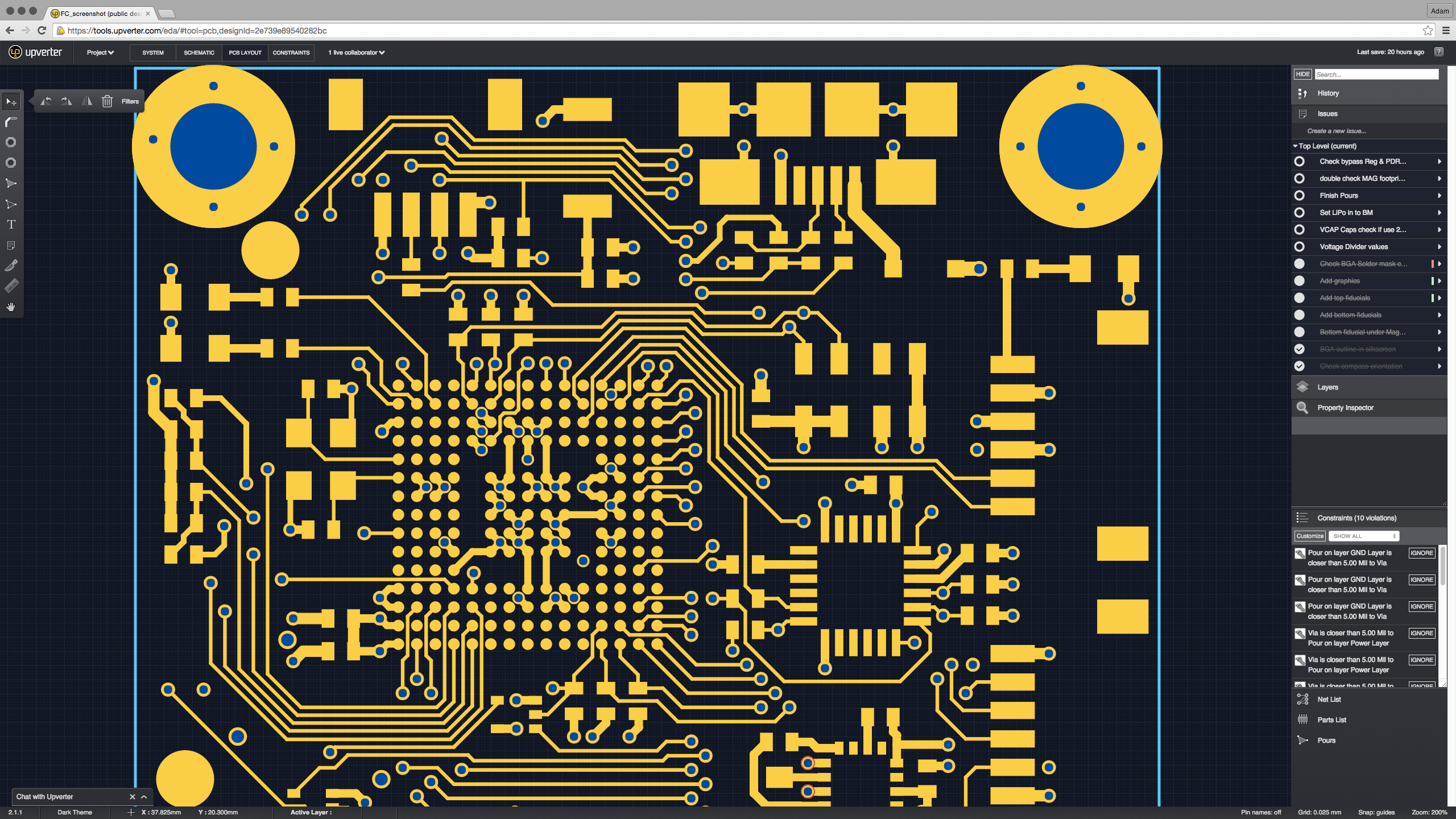 Upverter has upgraded its cloud-based printed circuit board design application and included an enhanced version of its so-called “Concierge”.

The PCB market is growing worldwide as more people take to designing and building their own machines using open-source hardware components.

Upverter, which was launched several years ago, has added something it calls “EE Concierge”, or Electrical Engineering Concierge Service, which essentially helps you to use the company’s application.

It also helps you in the design process, and makes it easier to order parts for your project.

The company says it found that most engineers hate making parts as it’s “slow, painful and error-prone”. It adds that “75 per cent of manufacturing problems are a result of mistakes by engineers who should be designing, instead of making parts”.

EE Concierge – although just a helper tool integrated into the main design application – is designed to help in these tasks.

As Upverter founder and CEO Zak Homuth explains: “Instead of just building tools, we’re going to help engineers to actually use those tools and to do their jobs.”