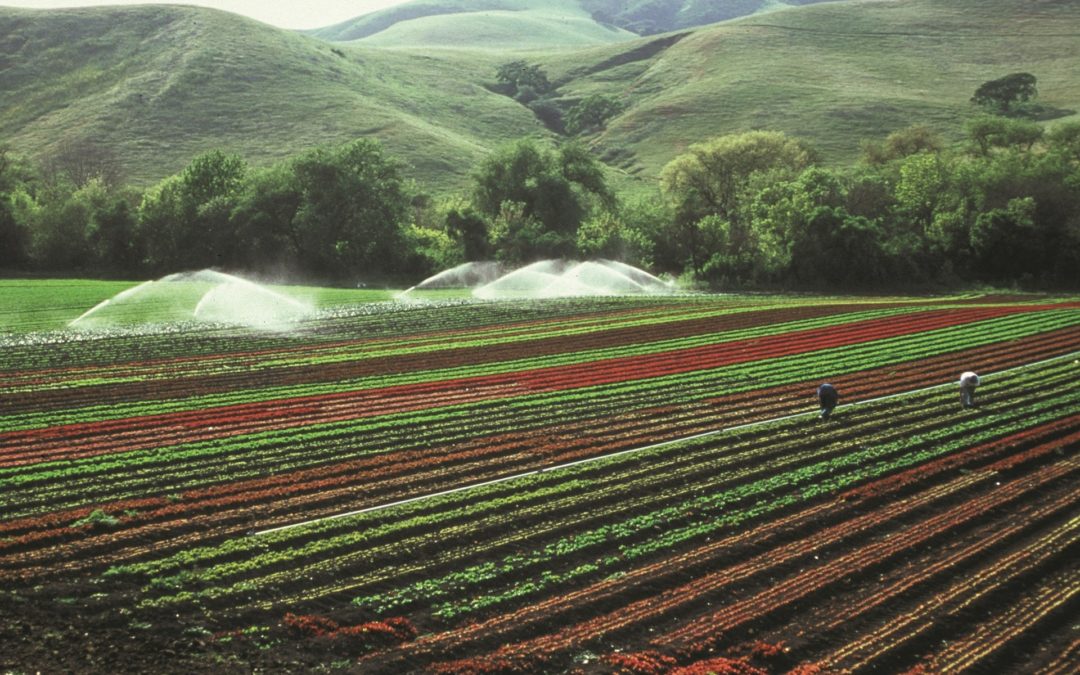 Even if you’ve never heard the term before, you probably understand what “vertical farming” is.

Unlike some buzz phrases, it sounds like what it means – farms built upwards, inside a building on multiple levels, unlike traditional farms, which occupy large, flat, single-level fields, covering thousands of acres of earth if done on an industrial scale.

The concept of vertical farms has been around a long time, but perhaps only now is the technology available to sustain the sector commercially.

Japanese company Spread Vegetable Factory has been producing 21,000 heads of lettuce every day at its Kyoto facility since 2007.

Ten years on, Spread is building another facility (illustration below) which will produce 30,000 heads of lettuce every day when fully operational by the end of this year.

Spread, which says it was profitable by 2013, plans to export its “Techno Farm” idea to other countries where, like Japan, the population is highly urbanised and yet demands farm-fresh produce.

Slightly more than half the world’s 7 billion people currently live in urban areas.

For decades, consumers’ demands for fresh produce has led large retailers to create vast logistics networks connecting farms that may be hundreds or even thousands of miles away to their local store.

But now, it looks like the farms themselves have been tempted by the bright lights of the big city and could be moving in to a neighbourhood near you.

In the latest development, a company called Plenty has raised $200 million in its most recent funding round.

Bezos, of course, is the CEO of Amazon, probably the world’s largest online retailer. The company recently acquired Whole Food Market, so the strategy here may be obvious.

Many industry experts predict that, in the forthcoming era of mass customisation, manufacturing will become more nimble, flexible and move closer to consumers, and the first wave is apparently being led by agricultural companies.

A quick search shows several dozen companies are already operating vertical farms at some level or scale, and with more money being invested in the sector, that number is likely to increase.

According to Acumen Research and Consulting, the vertical farming market will grow to more than $6 billion by 2023.

Some of the key technologies required for vertical farming are also likely to emerge from the legal marijuana growing sector, which has seen its business grow exponentially in the past few years, with some companies investing in advanced automation technologies, such as:

According to ArcView Market Research, regulated marijuana sales reached $6.7 billion in 2016, with projections for 2021 currently at around $20 billion.

Back at the ranch

While vertical farming may be hogging the headlines of late, the traditional farm has also been seeing significant changes brought about by robotics and automation technology.

Increasing numbers of manufacturers are building robotic solutions, such as the autonomous tractor by CNH Industrial, or the autonomous strawberry picker by Harvest Croo.

And then there’s the drones of course.

Those are just some examples of individual pieces of hardware, which of course can be just some of the components of a large agricultural operation.

Other technologies include massive sensor arrays which monitor the soil and plants and send back data to the farmer through internet of things networks to an app.

Sounds expensive, but actually it need not be, especially if it’s built using some of the open-source computing hardware currently available on the market.

And pretty soon, the farmer himself or herself will be a robot. Or rather, robots will be seen wandering the fields and taking care of the crop.

Bosch, one of the world’s largest manufacturing companies – making anything from autonomous car systems to cookers – outlined its own vision of what the farm of the future could look like, complete with robot farmer and connected asparagus.

According to a study into agricultural technology, the market for robotics in dairy farming will reach $8 billion by 2023.

Thousands of robotic milking parlous are already in operation, making the sector worth almost $2 billion already.

The value of drones being sold is forecast to reach almost $500 million by 2027, with this year’s InterDrone event expecting many more drone solutions catering to the agricultural sector.

And that old tractor on that traditional farm may no longer be as “agricultural” as it looks, since around 300,000 of the ones sold in 2016 are said to be equipped with autosteer, mapping and guidance systems, and other autonomous features.