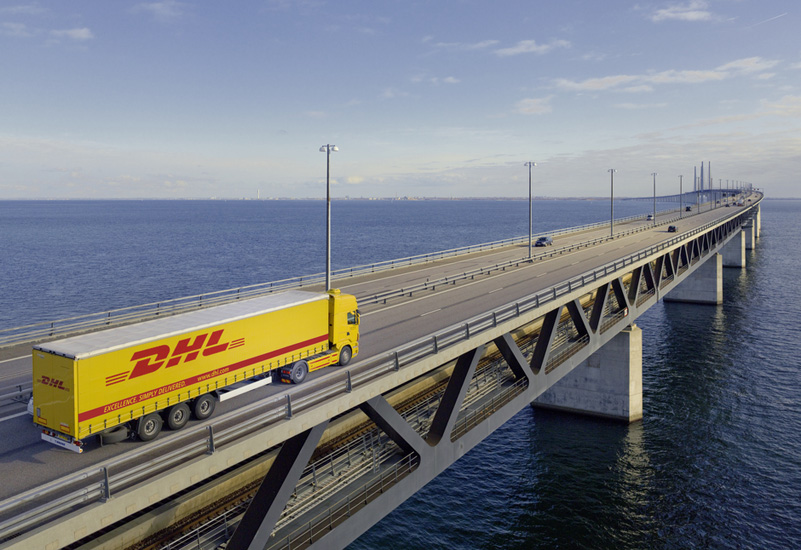 It’s not a glamorous business, logistics. Doesn’t make the mainstream news very often. And it’s not likely to be the top career choice for most people.

It’s understandable. After all, how interesting can it be to move boxes from point A to point B?

Put like that, it’s not much to write home about. But now, with driverless vehicles everywhere, augmented reality glasses and exoskeletons for warehouse workers, and robotics and automation technologies of all kinds promising to transform the industry worldwide, logistics is about to get much more interesting.

DHL, probably the world’s largest logistics company, last year announced that it plans to roboticise its entire supply chain. The German company has 325,000 employees and operations in virtually every country in the world – so it’s inevitably going to be a huge task and a massive transformation.

DHL’s gross revenue for 2016 was almost $68 billion, according to its annual report, and it will be interesting to see over the next few years how much of that money is turned into net profit as a direct result of integrating more intelligent, connected machines into its supply chain.

But even as it embarks on this new, robot-driven journey, DHL – whose parent company is Deutsche Post – finds that there are companies already out in front by some distance. And looming large on the horizon is Amazon.

Having started out as an online bookseller in 1994, Amazon is now one of the world’s largest online retailers. The US company boasts so many hugely successful business units that it’s perhaps no surprise that it’s also now a logistics giant, complete with hi-tech robotic workforce, developed through its own Amazon Robotics business unit.

While it may not be an obvious comparison, Amazon and DHL could at some point in the future become direct competitors – certainly in logistics and, possibly, in online shopping.

Amazon revealed its logistics earnings for the first time in April this year, when it reported revenues from logistics services of more than $6 billion in its most recent quarter.

So, four quarters times $6 billion each quarter equals $24 billion, which, while not quite challenging DHL yet, probably places Amazon at least in the top 10 largest logistics companies in the world.

And when you consider that online shopping accounts for much of the recent growth in the logistics sector, you start to see why DHL might be at least interested in seeing how the situation develops, and look for ways to counter any possible obstacles to its own business growth.

Robotics and automation technologies may be a large part of the answer.

But could DHL become an online retail giant too? E-commerce seems to be at the root of Amazon’s growth, so it would seem a logical step for DHL or any logistics company to consider.

Even though it may be difficult to imagine DHL as an online retailer similar to Amazon, since it’s virtually synonymous with logistics, the company does operate some retail websites.

There may be a number of different e-commerce initiatives in the works as DHL experiments with a variety of ideas, but for now, there’s All You Need Marketplace, a sort of department store where you can buy virtually any household item.

And then there’s All You Need Fresh, which sells fresh food. This website is said to be doing better, with DHL now believed to be one of the largest online retailers of fresh food and consumables in Europe.

And while Amazon is currently the world’s online shop, consumers would probably welcome alternatives if only because, otherwise, there’s a chance that the entire e-commerce market could be the preserve of an oligopoly or even a monopoly.

While most people might agree that monopolies are generally not a good thing since they tend to abuse their power, what can you do when companies create better products and services and reach a dominant position apparently on merit?

Amazon is the top online retailer because most people clearly think its website offers the best shopping experience. Similarly, Google is the world’s largest search engine because one of the most annoying things in life is not being able to find things you’re looking for – and Google is believed by most to be the best at finding things.

This might be the reason why governments have not stopped companies like Amazon and Google from becoming monopolies, which is more or less what they are – certainly they completely dominate their respective markets.

But Amazon seems to have outgrown the e-commerce market and gone into all sorts of other markets, such as the cloud computing business, where it has made billions, and logistics, as mentioned above.

Even Google points out Amazon’s dominance, arguing that when people go online to do some shopping, it’s Amazon they look to first.

The reason Google brought up the subject was because, a few months ago, the European Union fined the search giant $2.7 billion for alleged monopolistic abuses, or “antitrust activities”, as they tend to be called.

Specifically, the EU says Google unfairly favours the products in its own Shopping portal – meaning, when someone searches Google for a product online, Google is likely to show products from its own advertisers rather than products from other companies.

Whether or not this is unfair is an interesting question. Retailers pay Google a lot of money to advertise on the search giant’s system and if Google did not prioritise their products over those of other retailers that are not Google’s customers, would Google’s customers have a right to take Google to court as well?

And anyway, ultimately, Google is a business. Why should it favour random companies over its own customers?

Nonetheless, the EU says “Google abused its market dominance as a search engine by promoting its own comparison shopping service in its search results, and demoting those of competitors”.

Google has hired some of the top lawyers in Europe to fight the EU ruling, and had already produced data which apparently showed that one-third of online consumers start their search with Amazon, presumably supporting its argument that Google Shopping is not dominant in e-commerce.

In a statement some months ago, before the fine was imposed, Google said the EU had “failed to take into account the competitive significance of companies like Amazon and the broader dynamics of online shopping”.

A settlement looks unlikely in the short term.

Such legal and business arguments are probably not subject areas for this website, since we’re all about robotics. But a look at the bigger picture sometimes helps to bring things into perspective.

The prospect of further erosion of brick-and-mortar stores beyond what has already happened in many parts of Europe and the US is something many people believe will be bad for communities where local shops provide a much-needed local business base and employment.

And if people are going to choose to shop online, some would argue that there should be at least more choices available than one or two big, monolithic websites.

Where does robotics and automation fit in to all this? Who knows. Your guess is as good anybody else’s. But it’s probably worth remembering that most people instinctively knew that the internet was the future of shopping, but only some companies, like Amazon, believed in that vision strongly enough to invest vast quantities of money and time and other resources into building their digital shopping centres.

Now, Amazon is bigger than Walmart in some ways. And its robotics division is developing drones for delivery to remote areas and its warehouses probably have the highest number of robots of any logistics company in the world.

DHL, too, has been doing similar things – automating warehouses, using autonomous guided vehicles, and even testing drones for delivery to remote areas. Plus, it’s been an instigator and a developer of technologies such as driverless cars, autonomous trucks and other vehicles for that critical “last mile” to the customer’s home – the shortest yet most complex part of the logistics route.

Other logistics giants are also looking into robotics and automation for the future. For example, in the US, UPS has been testing a drone delivery system which involves a human inside a truck. That human may also drive the truck for the time being, but how long before the truck is also autonomised?

DHL is looking to utilise robotics in a big way, and has partnered with a number of companies – including Fetch Robotics, Locus Robotics, Rethink Robotics, and Effidence – to use their products in its warehouses and elsewhere.

Moreover, DHL is funding research and development into robotics to build technologies that no companies out there are currently offering.

Another issue logistics companies such as DHL, UPS and others face is the lack of skilled workers applying for jobs in the industry, especially ones with computer science backgrounds.

Software development is becoming increasingly important as industrial companies look to digitalise their entire operations, including making their vehicles autonomous.

The thinking is that driverless vehicles that carry goods risk fewer people – as in, there’s fewer people inside the vehicle.

So it’s not as simple as saying driverless trucks are going to take the jobs of human drivers and cause mass unemployment – fewer humans will want the job anyway.

(This article is not a reflection of the opinions or views of any of the companies mentioned.)